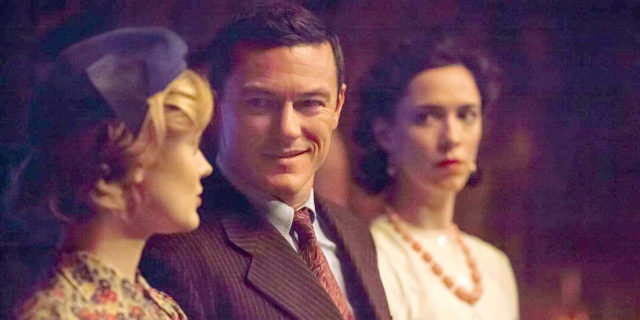 When Wonder Woman sailed into theaters this summer, coolly breaking superhero box office record after box office record, it was no surprise that curious cinephiles and comic book fans began peering beneath the surface to discover the fascinating story behind the creation of Wonder Woman.

Debuting in All Star Comics #8, Wonder Woman, a.k.a. Diana Prince, was a synthesis of fantasy, fascination, feminism and fetish. She fought injustice, not with fists or firepower but with love. Created by Charles Moulton, the pen name of psychology Professor William Marston, Wonder Woman was as progressive as she was tough, but not everyone saw her that way. They fixated on her skimpy suit, how she tied up her victim in suggestive manners, spanked the enemy and flew an invisible plane. For many she was a dream come true; for other’s she was every parent’s nightmare: subversive propaganda dressed up in sex.

The film picks up with Dr. Marston (Luke Evans) teaching psychology, specifically his in-development D.I.S.C. theory — Dominance, Inducement, Submission, Compliance — at Radcliffe College, Harvard’s all-women’s annex. His research assistant and wife, Elizabeth (Rebecca Hall), is a foul-mouthed feminist with an understandable chip on her shoulder. Partly because she lives in a world that doesn’t value women outside of the bedroom and partly because she sees that her husband is clearly smitten with a fair-haired coed, Olive (Bella Heathcote).

Needing someone to help them with their work — the development of the polygraph or “lie-detector” test — the Marstons hire Olive. It doesn’t take long for Olive and Elizabeth to realize Marston is taken with the young blond, but the surprise comes when Olive admits her love for Elizabeth. Their relationship develops slowly, tenderly even, until Marston stumbles onto a burlesque club and titillating bondage. Here, the three lovers’ fetish finds a foothold and Marston finds the inspiration for Wonder Woman.

From lassos that elicit truth to short skirts and kinky boots, the parallels between Marston’s creation and the women in his life are obvious. However, Professor Marston and the Wonder Women is far too tame. It tiptoes around anything arousing, dodges anything exciting and clinically holds passion at arm’s length.

Instead, writer/director Angela Robinson and producers Terry Leonard and Amy Redford pull their punches and make the kink behind Wonder Woman palatable for the largest audience possible, turning the entire film into a Wikipedia article — something skimmed, half-remembered and unconvincingly regurgitated at a dinner party.