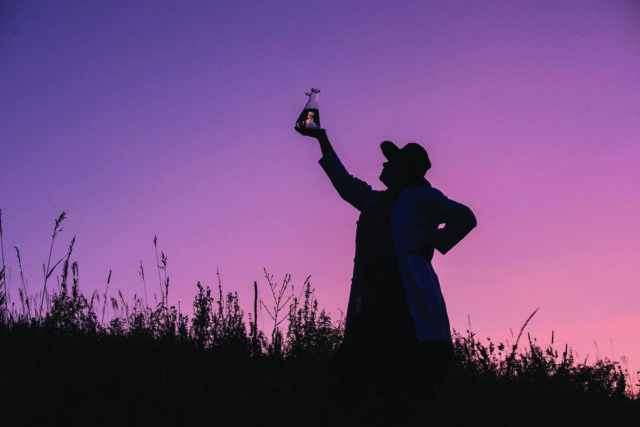 The Catamounts had just wrapped up its largest production to-date, an immersive staging of the musical Shockheaded Peter, when the pandemic shut down Colorado in mid-March.

“It was a crazy pivot to being in our biggest show ever to there being no theater whatsoever,” says Amanda Berg-Wilson, The Cats artistic director and co-founder.

The company wasn’t sure what its next steps would be; its signature food-and-theater-pairing event, FEED, was slated for the end of April, but it was hard to see the future of live theater in the haze of shock and uncertainty.

“But the more we thought about it and the deeper into the pandemic we got, the more we realized we missed connecting with our audience,” Berg-Wilson says. “And we don’t know how long it’s going to be before we can connect again.”

On May 30, The Cats will host a physically distanced 24th installment of FEED, with curated gift baskets delivered to ticket holders’ front doors, and a list of virtual performances to complement the goodies.

The basket will include a selection of three beverages from Culture Beverage and a meal provided and packed by Savory Cuisines. There will also be a few “gift wrapped” pieces of art, and instructions on how to enjoy your food, drink and art in concert, just as you would have at a pre-pandemic FEED.

The theme for the event is culture — how it’s shaped and how it shapes us. The concept started as a nod to Culture Beverage, operated by the founders of the FEED event, Lauren Shepard and Zac Wilkinson. But the motif has expanded since the pandemic, which itself has had effects on culture.

“Of course now that we are all in this huge transitional moment together, one of the things [the staff of The Catamounts has] been talking about is this idea of normal,” Berg-Wilson says. “We know the way we had culture and we know we’re not going back to that — large gatherings inside aren’t happening for a long time, but we don’t know what’s next. The evening has kind of shifted to be more an exploration of how do we listen? How do we say goodbye to what was and how do we let the next thing emerge?”

Of the virtual events of the evening, some will be pre-recorded while others are participatory. One video shows cidermaker Tom Oliver at his cidery in Herefordshire, United Kingdom, where he allows cider to spontaneously ferment in whisky barrels, “sometimes for years at a time,” Berg-Wilson says.

“I’m fascinated by that concept right now,” she says. “I don’t want to rush this moment. I’m impatient to get back to something but I recognize there’s some kind of beauty and usefulness to what we’re experiencing right now during the pandemic.”

Barbara Dilley, a former president of Naropa University who danced with the Merce Cunningham Dance Company in the ’60s, will lead FEED participants through a guided meditation.

FEED is available to a limited number of participants since all baskets will be delivered by hand (between 5 and 7 p.m. on May 30), but Berg-Wilson says if the response is good, they’ll do another one soon. Her sights are already on what The Cats may come up with for the fall.

“It’s a real challenge to reinvent the wheel,” she admits. “But I have great confidence that what we’ll be offering [through FEED] was made with a lot of thought and love and care. It’s a totally new format; I don’t know how it will land. But [The Catamounts] are committed to the constant reinvention of the artistic form, and if we can’t rise to the moment now, we need to hang up our hats.”

ON THE BILL: FEED: Culture — presented by The Catamounts. Saturday, May 30. Tickets are $55 at thecatamounts.org/tickets.