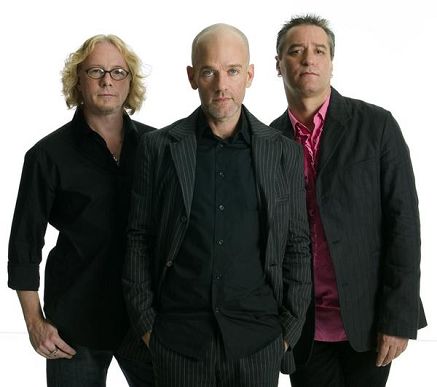 LOS ANGELES — After 31 years in the business and 15
albums, R.E.M., the Southern rock band hailing from Athens, Ga.,
announced Wednesday morning on its website that it is calling it quits.
In a brief statement, the band writes:

“As R.E.M.,
and as lifelong friends and co-conspirators, we have decided to call it
a day as a band. We walk away with a great sense of gratitude, of
finality, and of astonishment at all we have accomplished. To anyone who
ever felt touched by our music, our deepest thanks for listening.”

“We feel kind of like pioneers in this —
there’s no disharmony here, no falling-outs, no lawyers squaring-off,”
Mills writes. “We’ve made this decision together, amicably and with each
other’s best interests at heart. The time just feels right.”

In
other words, it’s the end of the band as they know it, and they feel
fine. But a piece in Rolling Stone does state, with an interview from
Ethan Kaplan, owner of the R.E.M. fan community Murmurs and former
senior vice president of emerging technology at Warner Bros. Records,
that the band’s decision was influenced by label politics.

“I
suspected this was coming last fall,” Kaplan tells Rolling Stone. “If
you remember, they weathered a lot of storms in this business, and have
always operated on their own terms. (Warner Bros.) changed starting last
September, and I think the demands on a band now to get a record out
were more than they might have wanted to commit. I can understand that
after how hard they worked for how long, the thought of going back to
‘paying dues’ with new label staff, in a very weird industry, was too
much.”

R.E.M. released “Collapse Into Now” earlier
this year to complimentary reviews. “The band doesn’t engage in any
current trends,” Ann Powers wrote in her review for the Los Angeles
Times. “Instead it returns to form, in detail, moving through the R.E.M.
cookbook with the focus and precision of an Iron Chef.”

Nearly
synonymous with the phrase “jangly guitars,” R.E.M. helped forge the
jangle pop movement of the mid-’80s, a sound that braided together
Byrds-style ‘60s pop and power pop’s raw energy with folky overtones.
Their influence has been charted far and wide, from Pavement to Wilco to
the Athens-associated Elephant 6 collective to, most recently, the
Decemberists, who collaborated with Buck on their celebrated album
released earlier this year, “The King Is Dead.”

No word yet on what any of the band members will do next.