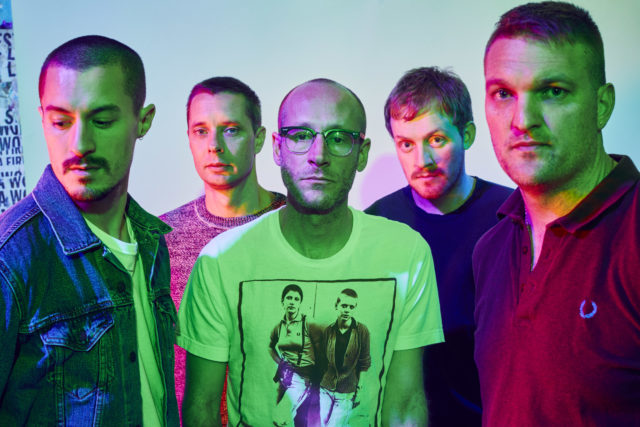 Cold War Kids singer/guitarist Nathan Willett feels his group has occupied a rather rare and enviable niche in the music world so far during their career. The group is widely considered an indie band, yet has also been able to get a few tastes of mainstream pop success without losing the indie credibility they established early on.

Having been able to exist in both the indie and mainstream pop worlds is a situation Willett doesn’t take for granted.

“We’ve had that kind of unique and great problem that while we have never had an enormous breakout, we have also … had an amazing ability to just maintain a certain level of popularity and sticking around,” Willett says. “In many ways, that’s such an amazing feat in itself.

“Of course, the stories of a young band that does have big, big success early and not knowing how, not being prepared for that [are all too common],” he says. “So we were very fortunate to grow on our own time, and that means musically writing and recording–wise as well as [performances]. I think just kind of the ideology of the band has gotten to grow at our own pace, which, again, I think is incredibly rare for anybody … who has that kind of one foot in the, I guess, sort of mainstream success, success at radio and stuff like that, and then another foot in the kind of more cult audience or fans that just love us for being us. That’s kind of the dream. That’s the best thing you can have, really.”

But as Cold War Kids tour behind their latest studio album, L.A. Divine, as well as a newly released live album, Audience, Willett sounds ready to see the scales of success tip more toward the mainstream pop world. And there are reasons to believe a breakthrough in mainstream pop might be more within reach than ever for Cold War Kids, which formed in 2004 in Fullerton, California. With L.A. Divine, the band has six full-length studio albums to go with 10 EPs in their catalog. For one thing, as Willett noted, a number of indie acts (including Alabama Shakes, The Black Keys and Arctic Monkeys) have scored mainstream breakthroughs in recent years without losing the qualities that made them unique in the first place.

And now, with L.A. Divine, Willett feels the group has found ways to modernize its sound to fit pop radio without forsaking the vintage elements that have long been a part of the band’s musical identity.

In making L.A. Divine, original band members Willett and bassist Matt Maust, along with more recent recruits Joe Plummer (drums), Matthew Schwartz (keyboards/guitar) and David Quon (guitar), have put a more modern pop sheen on the collection of 14 songs, while still weaving some piano, guitar and drums into the sound.

Uptempo tunes like “So Tied Up” (one of three L.A. Divine tunes included on the live Audience album), “Open Up to The Heavens” and “Invincible” have the kind of sing-along vocal hooks, danceable beats and pop melodies that fit current Top-40 trends, but also retain the nervy edginess that has often characterized Cold War Kids’ music.

But there’s still an indie feel and attitude to several songs. “No Reason To Run” mixes a bit of gospel into its piano pop sound. “Love is Mystical” (which reached No. 2 on Billboard’s Alternative Rock singles chart) and “Wilshire Protest,” with their pounding piano, jagged melodies and Willett’s caffeinated vocals, echo signatures that first surfaced on the group’s 2006 debut album, Robbers & Cowards, and the 2008 follow-up, Loyalty to Loyalty.

This summer, Cold War Kids are mostly playing headlining dates, and the Audience album, which was recorded last September, reflects the kind of show the band tries to present. It features a 16-song career-spanning set, and Willett knows the band’s catalog is deep enough now that, while the shows cover a lot of ground musically, a few songs some fans want to hear may not be played on a particular date.

“Having this much music and this many records and EPs and all that, it’s so fun to be able to choose from so much. I always kind of had in the back of my mind that I hoped there would come a time when we could just have this music to pick from,” he says.

“Now we have whole records that we don’t play any songs from during a set list, which is one of those things where it could be a bummer for a fan. But when you cross over into that territory of fans that come to see you and sort of know that that’s the kind of band you are and you have a lot of material and you’re trying to keep it fresh for yourself, obviously we want fans to hear what they came to hear, but also (fans know) that it’s going to be a little different every time. That’s the most fun to me.”