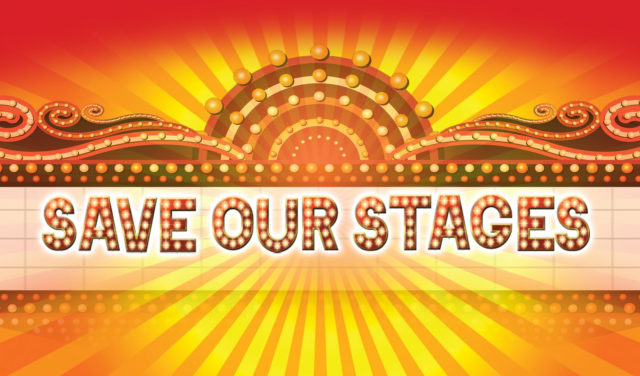 If this were a typical year, both the Boulder and Fox theaters would be hosting their 150th shows right now, in mid-October, each on track to hit around 200 shows by the end of the year.

Instead, the doors to both venues have been shut for six months. Only in the last month has Z2 been able to open Boulder Theater for some very limited seating dinner concerts — 100 socially distanced seats instead of the usual 850-person capacity. The smaller Fox Theatre, with its 625-person capacity, is still closed.

But while the music stopped, the bills kept coming: rent, utilities, insurance, phone and internet services, keeping liquor licenses up to date.

“Even if anyone is barely in the building,” says Z2 CEO Cheryl Liguori, “there’s a lot to keep up with.”

Money from the CARES Act helped, as did a small grant from the City of Boulder’s Economic Vitality program. But it’s not enough. Z2 has pulled from its savings to keep things rolling, Liguori says, but that pool is “dwindling.”

It’s especially difficult for even smaller venues. Unable to reopen because of health and safety protocol during the pandemic, independent music venues across the nation are succumbing to the weight of neverending bills and indefinitely postponed shows. That’s why Z2 joined the National Independent Venue Association (NIVA) in April with some 2,000 other indie venues to lobby Congress for more federal support. Owners demanded help via the Save Our Stages Act, which could provide live music operators with as much as $18 million to operate venues through 2021.

But when Congress left Washington in August for recess without passing a second stimulus bill, which included the Save Our Stages Act, independent venue owners wondered if they’d be left to sink.

“If you’re a mom-and-pop business, not a Live Nation or AEG, you only can take on so much debt,” Michigan club owner Scott Hammontree told NPR in August, “until you can’t take it anymore.”

In a survey in April, NIVA found that 90% of its members said their venues would close if the shutdown lasted six months or more with no federal help. Seven months later, Billboard listed more than 80 independent venues across the country that have closed since shutdowns began, including six here in Colorado: The Henry Strater Theatre in Durango; Intrinzik in Montrose; 3 Kings Tavern in Denver; Live @ Jack’s in Denver; La Cour Denver’s Art Bar in Denver; and Hodi’s Half Note in Fort Collins. While it’s impossible to say that the shutdowns were the primary reason for any of these closures, it’s safe to say it was the final straw for them all.

“There’s definitely going to be a lot of smaller venues that will close,” Liguori says. On the board for the Live Music Society, Liguori says she recently finished evaluating more than 100 grant applications for small venues across the country. “And the fear is definitely real that some of these venues won’t make it because there isn’t a tremendous amount of support from the federal government, and not all states are stepping up to help the live music industry.”

It behooves states — and municipalities — to step up and help live music. In Boulder, the City collects 5% of every ticket to a concert, nightclub or theater with its admissions tax, but the benefits don’t stop there. Matt Chasansky, manager of the City of Boulder Office of Arts and Culture, says that a 2016 survey found that locals attending concerts in Boulder spend more than $26 per person on things other than the price of a ticket, like refreshments, meals, transportation, merchandise or child care. For those coming from outside the county, that number increased to more than $42 per person.

On top of that, music venues are anchors for creative scenes.

“These are places that are going to drive people to an area and create a thriving cultural scene,” Chasansky says. “So coffee shops and gifts shops, art galleries and bookstores crop up around these businesses because music venues are a ready anchor.”

Chasansky says affordability issues make it hard for independent music venues to take root in Boulder. Z2 set up shop in 1992 with its purchase of the Fox Theatre, which for many years was considered one of the top 10 small music venues in the nation, hosting bands like Phish, Radiohead, The Flaming Lips and The Black Crowes in their infancy. That success made the purchase of the Boulder Theater possible in 2010, and the purchase of the Aggie Theatre in Fort Collins in 2019.

Nick and Helen Forster have independently owned and operated eTown Hall since 1991, offering a just-over-200-seat space for intimate acts — but eTown also pulls from other lines of revenue, like bookings in its recording studio and high-quality podcasts with legendary singer-songwriters and bluegrass pickers. Z2 also books shows for Chautauqua, but doesn’t own the auditorium (that’s the Chautauqua Association, which leases the land from the City). The Dairy Arts Center is a nonprofit that pays the City $1 a year for its lease. All are suffering and surviving in their own ways.

But that’s it for dedicated performing arts spaces in Boulder; the rest are informal venues, like coffee shops and restaurants (which have also taken a blow during the pandemic).

“We have a lot of musicians but not a lot of places for them to play,” he says.

So, should Boulderites brace themselves for the loss of the Boulder and Fox theaters?

“No,” Liguori says. “We’ll do whatever we can. We have a very supportive group of shareholders. It may put us behind for a good number of years, but  we’ll do everything to make sure we survive this challenge.”

Liguori is worried about small venues, about the state of independent venues across the nation. She says changing guidelines make it hard for venues to book shows; in Colorado, the Protect Our Neighbors phase of COVID guidelines allows communities to open some businesses with reduced numbers — but a large enough outbreak of COVID could easily revert a community back to phase two, Safer at Home, and close businesses again.

The result is uncertainty that keeps some of the smallest venues, like the Fox, from hosting any shows at all.

To lend a hand to the most vulnerable venues, Z2, along with more than 20 other NIVA member venues, is co-hosting a three-day virtual music festival. The Save Our Stages Fest will stream live from various independent venues across the country on NIVA’s YouTube channel from Oct. 16-18. Hosted by comedian and musician Reggie Watts, the festival will feature all new, original performances from the Foo Fighters, Miley Cyrus, Major Lazer, The Roots and Leon Bridges. Local superstars Nathaniel Rateliff and The Lumineers will perform sets from Boulder Theater on Sunday Oct. 18 (see saveourstages.com for a full schedule). Venues hope the free event will raise awareness as it encourages donations for the NIVA Emergency Relief Fund, which directly supports venues.

Liguori also says Z2 will keep adding intimate dinner concerts through the rest of the year.

“Everybody’s so happy to be back in the building,” she says. “Does it make a big difference financially? Not really, but we’re just happy to infuse some life back into the venue and live music.”

ON THE BILL: Save Our Stages Fest. Oct. 16-18 via NIVA YouTube page. Free, but donations encouraged. Full schedule: saveourstages.com.