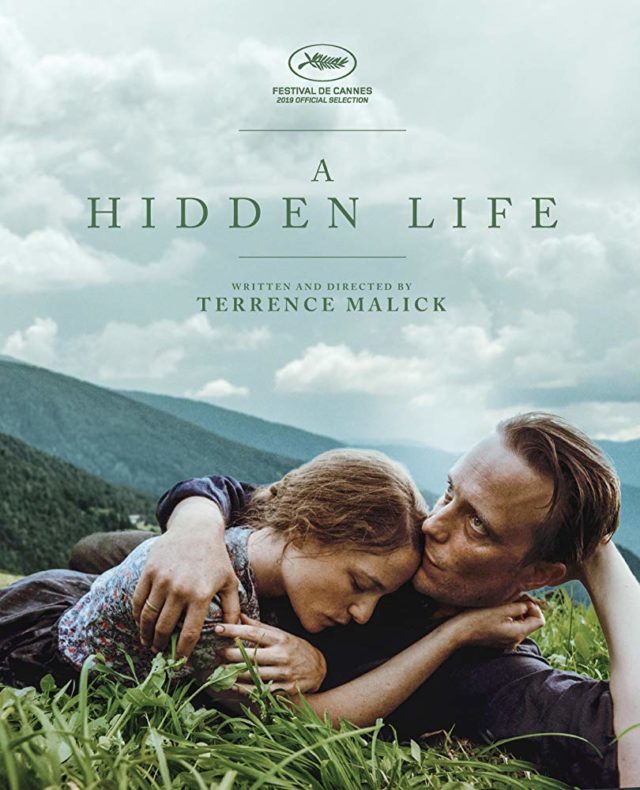 Franz Jägerstätter’s arm would not rise. It couldn’t, not for Der Führer or any man, for that matter. His life belonged to the Lord. To the land. And his conviction condemned him to death at the hands of the Nazis in 1943. Years later, Jägerstätter was deemed a martyr and beatified by the Catholic Church, but in the midst of World War II, there was little grace for the conscientious objector. That’s where writer/director Terrence Malick situates his tale of Jägerstätter (August Diehl), a humble Austrian farmer deeply in love with his wife, Fani (Valerie Pachner). Their world is bucolic, a veritable Eden. Then the Nazi’s come looking for soldiers. Jägerstätter’s refusal to yield places undue strain on his life, his family, and their relationship with their small farm community. And yet, Jägerstätter still can’t heil. A Hidden Life is quiet and moving. It sticks to the ribs, and not just for its ecstatic message of faith and defiance, but for its stunning cinematography (Jörg Widmer) and moving performances. One of the year’s best.