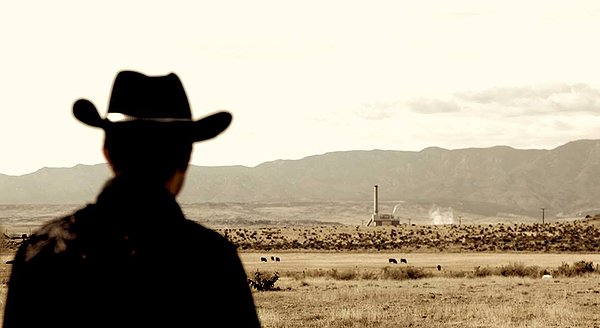 Colorado rancher Kirk Hanna was the ideal cowboy: tall, dark and handsome, complete with a Tom Selleck mustache and a white Stetson hat. But Hanna was much more than your average cowboy. He was a progressive concerned with ecology and conservation, and to practice what he preached, he pioneered Holistic Resource Management practices at his family ranch located just south of Colorado Springs.

Converting Hanna Ranch from traditional ranching methods to holistic management was not any easy one. Holistic Resource Management requires more planning, more work and more fences than traditional ranching, and is not something that can be accomplished individually — support from the surrounding community is a must. Hanna learned the hard way that progress is slow, costly and not exactly popular. He was met with resistance every step of the way, and found himself fighting a multifronted war against his family, friends, other ranchers, as well as the cities of Colorado Springs and Pueblo.

These struggles were documented by director Mitch Dickman, whose feature, Hanna Ranch, will play at the Chautauqua Auditorium on June 27, followed by a Q&A with Dickman.

The Colorado-based director cobbles together interviews from Hanna’s family and a seemingly endless supply of Hanna home movies from the ’80s and ’90s to give an impression of who Kirk Hanna was and what he was trying to accomplish with Hanna Ranch.

A major focus of the film is Hanna’s belief that conservationists and ranchers should not be at odds, and his attempts to educate people on why they should work together. One of the most pressing issues examined in the film is a push for a better understanding of how infrastructure affects the surrounding ecology. As cities develop, more impenetrable surfaces (asphalt, concrete, roofing, etc.) are created. Rainwater collects on these surfaces and is force into runoffs and creeks, which rage harder and faster than they normally would, causing a significant amount of damage. Sadly, these raging waters carve away more than just the land. Last year’s September flood claimed the lives of four Boulder residents and caused millions in damages. The fact that developers and ranchers alike deny and ignore this fact infuriated Hanna to no end.

Capably directed by Dickman and gorgeously shot by director of photography Zachary Armstrong (who also edited the doc), Hanna Ranch is a story that could have played like a typical Hollywood underdog movie. Kirk Hanna was a natural leading man and his battle against the establishment is ripe stuff, but sadly Hanna’s life lacked a Hollywood ending. Like most progressives, Hanna did not get very far, and in 1998 Kirk Hanna took his own life. The events leading up to Hanna’s suicide are still not a topic that his wife Ann and brother Jay are comfortable discussing and the documentary ends with some uncertainty. Hanna Ranch is now under the tutelage of Ann and Jay and they are doing their best to continue the journey that Kirk started.