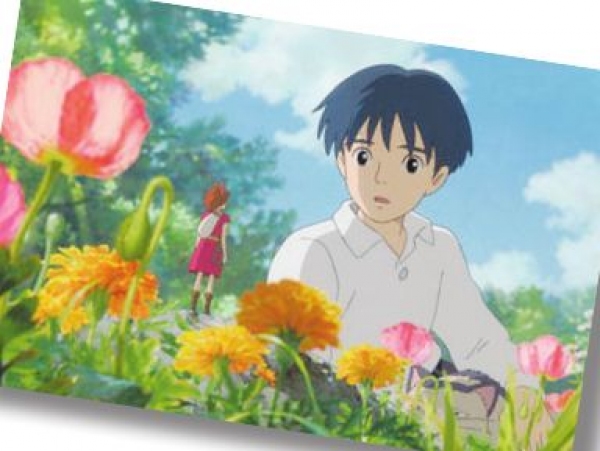 Compared to so much American animation, which seems hell-bent on putting a global audience of addled kids in a paradoxical manic stupor, the work of Japan’s Studio Ghibli sets its own pace, establishes its own, meticulously observed realms of the fantastic and respects a moviegoer’s senses — any moviegoer’s, of any age.

The Secret World of Arrietty is the latest import from the collective responsible for Princess Mononoke, Spirited Away, Howl’s Moving Castle (a clear inspiration for Disney-Pixar’s Up) and, more recently, Ponyo. A big success in Japan and elsewhere, Arrietty opens this week in a slightly Americanized edition overseen and released by Disney. It’s lovely, both in spirit and in its simple, supple, hand-drawn visual allure.

The story comes from Mary Norton’s book The Borrowers (in Japan, the film was titled The Borrower Arrietty), so if you or your child happened to read one or more of the Borrowers books, there’s another access point for you. Arrietty, 14 and ready to bloom, lives under the floorboards of a house with her equally miniature father and mother. While dodging the odd house cat, they “borrow” what they need to survive from their unwitting, fullsize human hosts: a sugar cube here, a knickknack there.

When a visiting full-scale human teenager discovers Arrietty, the wee family’s safety is threatened, and the fullsize cranky housekeeper’s suspicions become well and truly roused. But this tale of friendship, and of responsible, imaginative recycling of the earth’s material goods, is a warm, comforting breeze of a picture.

The perils remain ever-present in Arrietty’s world, and her family’s plight echoes once and future refugees the world over. But the narrative breathes; it doesn’t conspire every minute to work on an audi ence’s nerves or its sense of narrative dread.

Three years ago, Disney’s American release of Ponyo didn’t find the audience it deserved. The Secret World of Arrietty is even more deserving of an audience, though its voice casting neither helps nor hinders those chances. Disney TV star Bridgit Mendler brings an effective if limited friendliness to Arrietty; Will Arnett and Amy Poehler are relatively restrained as her parents; Carol Burnett runs through a career’s worth of vocal flourishes and aural panic attacks as the housekeeper. Disney can be thanked for leaving firsttime director Hiromasa Yonebayashi’s feature more or less alone. (The script is by the great Hayao Miyazaki, co-founder of Studio Ghibli and an inspiration to countless animators and directors.) Will its easygoing charm be enough for the average American preteen consumer, already flattened by one too many Ice Ages? There’s only one way to find out.