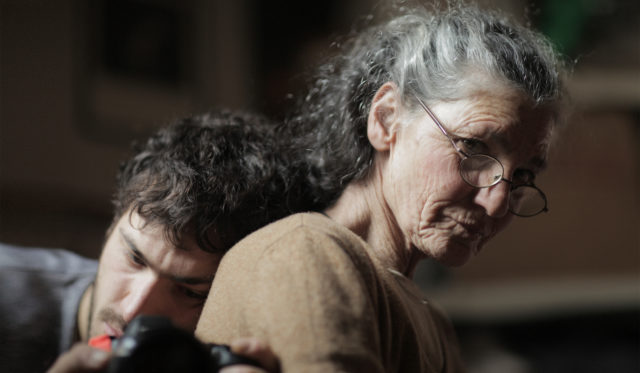 There’s a bit of fairy tale when it comes to Benedetta Barzini. As the story goes, it was 1963 when Barzini was discovered on the streets of Rome by American-born Italian countess Consuelo Crespi, the editor of Vogue and Vogue Italia. Vogue’s editor-in-chief, Diane Vreeland, requested Barzini’s presence in New York City, and soon the 20-year-old found herself on the cover of Vogue, the first Italian model to do so.

Fame soon followed, and three years later, Harper’s Bazaar counted Barzini among the “100 Greatest Beauties of the World.” But modeling was not enough for her. Emboldened by the writings of Karl Marx and Friedrich Engles, Barzini returned to her hometown of Milan, became a radical feminist, joined the Italian Communist Party and started teaching.

That was in the 1970s. Now, Barzini — also in her 70s — has built a legacy comprising body and mind. As an outspoken advocate, she has helped moved the needle forward, and as a model, she has challenged the idea of the great (i.e., young) beauty. And, like most people nearing the end of their lives, feels frustrated that she didn’t do more — and that the world wouldn’t let her.

A large part of that frustration comes from her son, Beniamino Barrese — a documentarian obsessed with his mother. The Disappearance of My Mother is his love-letter to her. Or about her, it’s unclear even to him. At times, the movie’s obsession borders on unhealthy and uncomfortable. There seems to be no privacy Barrese allows Barzini. But his aim is earnest: He is trying to understand his mother and captures her image from every possible angle — something Barzini doesn’t exactly want. She has spent her life as the subject of images. She is now ready for those images to disappear.

The Disappearance of My Mother pushes back and forth between these two notions: Between seer and seen, truth and fabrication. Barrese splits the opposites via archival footage and his own photography. From Barzini on the runway to her arguing for equal rights on television. From Barzini preparing for a photo shoot as a young woman to Barzini preparing for a photo shoot as an old woman. For Barrese, each of these images tells the truth about his mother. For Barzini, they are nothing more than composed and manipulated lies.

The Disappearance of My Mother is a fascinating piece of work, though it is somewhat opaque in its presentation. A bit of historical context would improve the viewing experience, and spending a little time reading up on Barzini before or after watching the doc helps fill in the gaps.

But, to be fair, Barrese’s concern is one of impression. He isn’t trying to show the world what a great woman Barzini was/is, he is trying to understand her through images. Too bad Barzini wants nothing to do with images anymore. But such is the burden of the mother: They’re rarely understood the way they want to be.