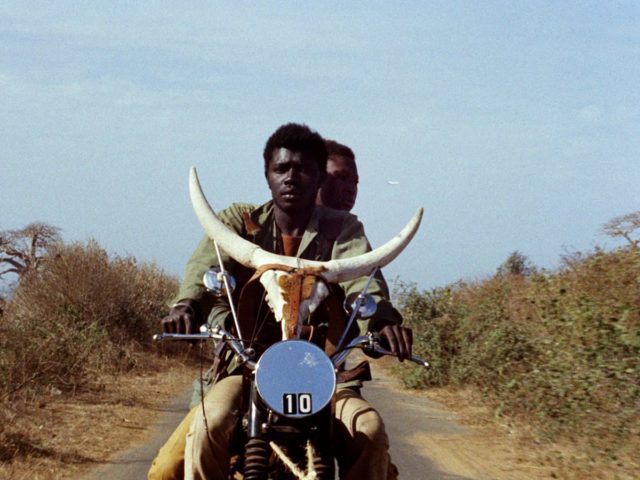 We are living in a golden age of cinema. You might not agree if your focus is solely on multiplexes infected with sequilities and franchise-expansion syndrome. And it might not look that way if your only unit of measure is what’s popping up on major streaming platforms. But, add those forms of distribution and exhibition to the myriad of home video releases alongside restorations and discoveries playing at art house cinemas, and you’ll find that the cinematic menu today is far more diverse than it ever was. From silents to sci-fi, Hollywood to Taiwan, studios to independents, you can find them all. Even one made in our backyard.

Need proof? The University of Colorado Boulder’s International Film Series (IFS) returns on Aug. 28. That’s all the proof you need.

Helmed by programmer Pablo Kjølseth, who has been running things since 1997, IFS is where film school and cinema intersect. Kjølseth is old school. He favors 35mm prints over digital projection, sitting quietly with strangers rather than munching on popcorn and slurping sugary drink, and treating the darkened cinema as a place of sanctuary, where ideas are welcome but phones are not.

Three prints not to miss: The Iron Giant (Dec. 8), I Vitelloni (Oct. 15) and Goodbye Dragon Inn (Oct. 22), which takes place on a movie theater’s final day — there is a particular bit of self-reflexivity that comes when you sit in a movie theater, watching a movie about a movie theater closing. It’s like standing between two mirrors and watching your reflection extend on into infinity.

But cinema isn’t about you; it’s about the world around you. Take the Senegalese 1973 film Touki Bouki (Sept. 9), from the great Djibril Diop Mambéty. Using an impressionistic editing style, Touki Bouki is a simple story of lovers on the run, told in a manner that is anything but simple, yet perfectly clear. A true masterpiece.

IFS will screen more than 40 movies this semester, kicking things off with an in memoriam screening of Toni Morrison: The Pieces I Am on Aug. 28. On Sept. 9, the new documentary on longtime Conference on World Affairs panelist Molly Ivins, Raise Hell, is sure to please. As will Unshaken: The Road to Woo (Nov. 16) about Colorado singer/songwriter Wendy Woo, who will perform following the doc.

Only the lazy and the narrow-minded complain movies have become passé. But you and I know there is a universe of cinema just waiting to be discovered. See you in the dark.

ON THE BILL: CU International Film Series (IFS). Begins Wednesday, Aug. 28. To see the full schedule, look for free IFS flyers on campus, at various business around town and online at internationalfilmseries.com.