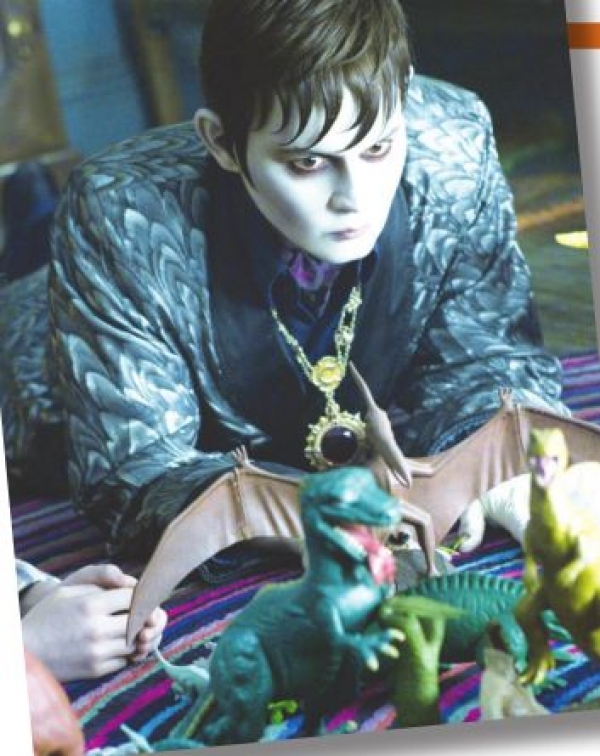 A creepy goth tale of love and revenge, a 17th-century vampire out of place in 1970s Maine, a troubled family fallen on bad times. Based on a popular soap opera of the 1960s, the film version of Dark Shadows suffers from some horrible scenes and a story that gets increasingly incoherent as it proceeds to its predictable, though completely incomprehensible, ending. Dark Shadows is the eighth collaboration between director Tim Burton and actor Johnny Depp, and that collaboration has had very mixed results across the years. On the positive side, Edward Scissorhands, but on the negative side, a number of overly stylized messes, notably including the creepy and disturbing remake Charlie and the Chocolate Factory.

To be charitable, the first hour of Dark Shadows was terrific. The film opens in 1750 Liverpool, England, as members of the Collins family, including young Barnabas, depart for the Colonies, landing in Maine and establishing their fortunes as entrepreneurial pioneers. Twenty years later, young Barnabas (Depp) is master of his community, a city named Collinsport, and adored by servant and townie alike. Unfortunately, when he falls for servant girl Angelique (Eva Green) but switches his amorous attentions to Josette (Bella Heathcote), Angelique gets mad and, as she’s a witch, she curses Barnabas, turning him into a vampire. She then buries him alive, where he lays undisturbed for almost two centuries, waking up in the hippie-inspired world of 1972.

So far, the film’s great fun, and the introduction of lost waif Victoria (Bella Heathcote) and reappearance of the evil Angie (Eva Green) adds to the storyline, but when Barnabas and Angie make love in her office, the film falls apart and never recovers. Worse, the scene where they make love is a disaster of epic weird masochistic proportions, as they slam into walls, scratch each other, and turn what could have been creepy-interesting into stupid appalling.

But that’s not the worst scene: there’s a scene later on, when Victoria explains her childhood, that would fit better in the torture-porn film Sucker Punch.

By the time the film finishes up, there are so many inconsistencies in the story (can Barnabas be in direct sunlight or not?), so many random violent scenes, so much that doesn’t really make sense, even within the goth soap opera world of Dark Shadows, that most theatergoers seemed glad to see the credits appear.

There’s a really entertaining film buried inside Dark Shadows, with a delightful performance by Depp, but as is, I cannot recommend the film to anyone but the most hardcore Burton fan.