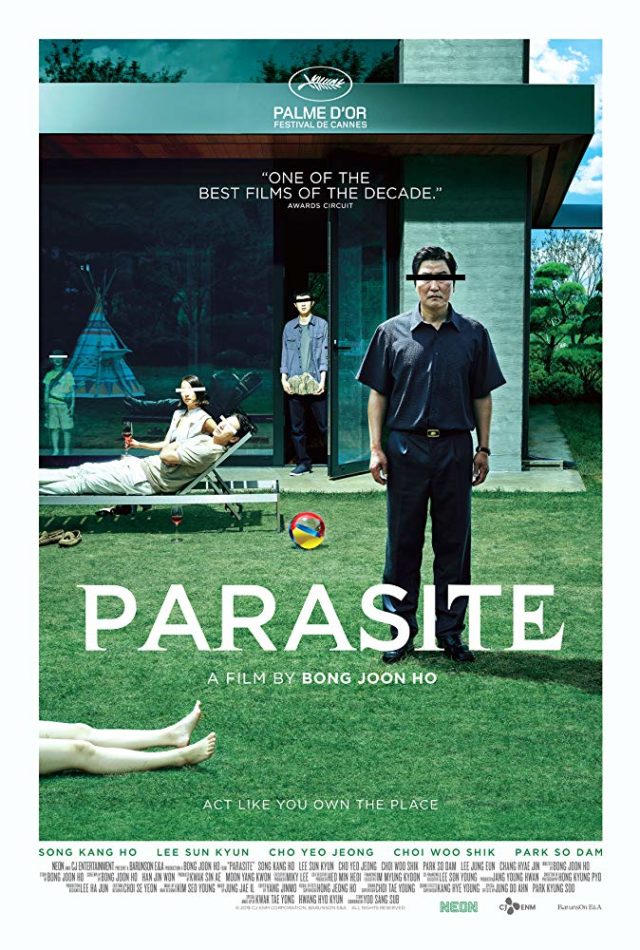 Once you overcome the one-inch-tall barrier of subtitles, you will be introduced to so many more amazing films. —Bong Joon-ho’s Golden Globe acceptance speech.

On May 25, 2019, Bong Joon-ho, the 49-year-old filmmaker from Daegu, South Korea, ascended the stairs to the Palais des Festivals stage and accepted the Palm d’Or for Parasite. It was the first time a Korean filmmaker claimed the prestigious prize in what many considered to be the greatest film competition in world cinema. And the decision was unanimous: Parasite was the best film of the 72nd Cannes Film Festival.

On Feb. 8, 2020, Bong once again ascended the stairs, only this time he did so in the hallowed halls of Hollywood, and he did it four times: first for Original Screenplay, second for International Film, third for Director and fourth for Picture. First times all for a film from the Korean peninsula and the first for a foreign-language film netting top prize. Parasite was the best film of the 92nd Academy Awards.

Parasite, a black and bleak comedy about the haves, the have-nots and the have-lesses, will go down in cinematic history for a variety of reasons, in addition to being a damn good film, but no award is without context. Parasite’s critical and box office success is both a tip of the hat to the film itself, and to the industry from which it came. And some of the best movies from the 21st century have come from South Korea.

Has Parasite piqued your curiosity? Then Fort Collins’ premier movie house, The Lyric, has the series for you, Essential Cinema: South Korea. Five movies over the next six weeks to get you hooked.

Parasite is up first (Feb. 22, 29), followed by The Host (Feb. 29 and March 4) and Mother (March 7 and March 11), all from the fertile mind of Bong, and all exemplifying Bong’s cinematic range. The Host is iconoclastic — a monster movie in the vein of Godzilla, audaciously filmed in broad daylight — Parasite is metaphoric, and Mother’s subversion plunders the depths of the monster within.

A familiar face in Bong’s movies, Song Kang-ho stars in A Taxi Driver (Feb. 29 and March 4), a 2017 historical drama from director Jang Hoon set during the May 1980 Gwangju Uprisings. It’s a well-made historical drama, the kind designed to expose the moviegoing public to a massacre often overlooked at home and virtually unknown aboard.

The final film in the series, The Handmaiden (March 28 and April 1), is from Park Chan-wook, one of a handful of Korean directors whose name has currency on the world stage. And like Bong, Park derives a certain amount of pleasure in being diabolical with both the rich and poor.

Yet, there’s nothing rotten in the cinema of Seoul — each of these films is vibrant, energetic and bursting with cinematic pleasures. To see them is to love them and to love foreign cinema is to experience life beyond your borders.

And, as a bonus, Wednesday screenings will be followed by a discussion led by Dr. Hye Seung Chung, associate professor of film and media studies at Colorado State University.