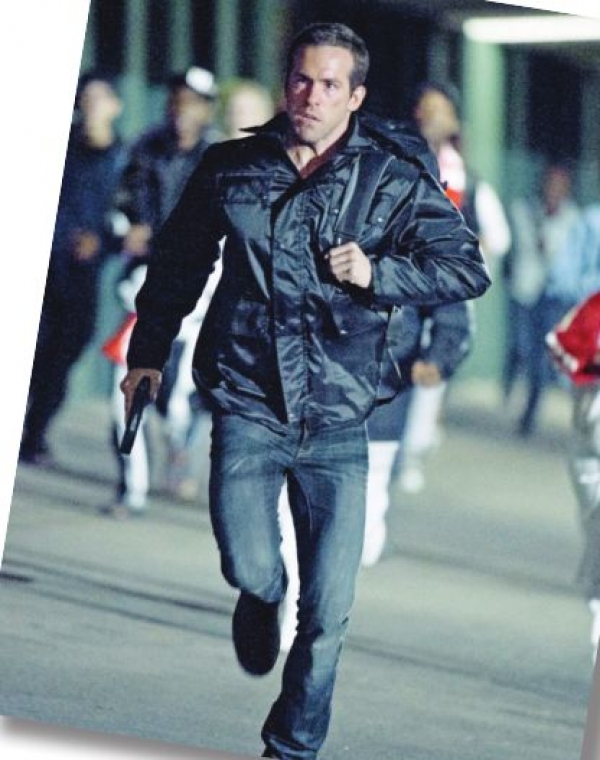 Early on in the derivative but fairly absorbing blur titled Safe House, set in Cape Town, South Africa, Denzel Washington’s Tobin Frost, a spy in from the cold, is brought to a Central Intelligence Agency safe house so that he can be asked a few questions about the super-secret intel he has in his possession. Wordlessly, Washington sits in a chair, as a supporting player (Robert Patrick) prepares for the waterboarding, and in one five-second progression Washington smiles, drops his head, lifts it back up — and his face has morphed into that of a man who has killed and will be killing again very soon.

The moment may or may not have been scripted, but you certainly appreciate it. You also appreciate how Swedish-born director Daniel Espinosa delivers harsh jolts a beat before you expect this car to smash into that car, or this character to calmly pull out a gun and murder that one. Editor Richard Pearson surely shares the credit for those jagged edges.

Make no mistake, though: No matter how much Safe House owes to the look, feel, concerns and cutting of Paul Greengrass’ The Bourne Supremacy and The Bourne Ultimatum, it’s closer in quality to a Tony Scott movie, of which Washington has made several. For all its lip service to the human cost of brutal espionage tactics and murky geopolitical allies, screenwriter David Guggenheim’s movie wouldn’t have a reason for being without its brutality. The carnage gets fairly absurd toward the end, just when you don’t want your spy thriller to get that way.

Ryan Reynolds co-stars as Frost’s handler, the CIA operative who has languished for a year in Cape Town, disguising himself as a health worker while bugging his boss back at Langley, played by Brendan Gleeson, for a better post.

(Nora Arnezeder portrays his nominal French love interest.) Frost has been “off the grid” (the expression comes up a lot here) for a decade, but when an intel-for-cash transaction goes haywire, the wily ex-CIA star turns himself in and finds himself whisked off to the safe house. It is promptly attacked by mercenaries looking for Frost and his precious intel, and from there the film becomes an extended, frenzied action sequence.

Following the Bourne template, those muttering back in the CIA headquarters control room cannot control a damn thing. Sam Shepard and Vera Farmiga lend easy authority to their basically functional roles. There’s a bit of a mystery regarding for whom the mercenaries are working. But you can probably figure it out. I did, and that’s saying something. Typically I am figuring things out in movies like Safe House even after the big revelation.

Director Espinosa shoots virtually everything in tight but wobbly close-up, and the human and vehicular combat often brakes right at the edge of visual incoherence. Just as often the brakes give out completely. Even at its most frantic and mechanical, the movie relies on Washington to provide a visual anchor, some sociopathic calm amid the storm.