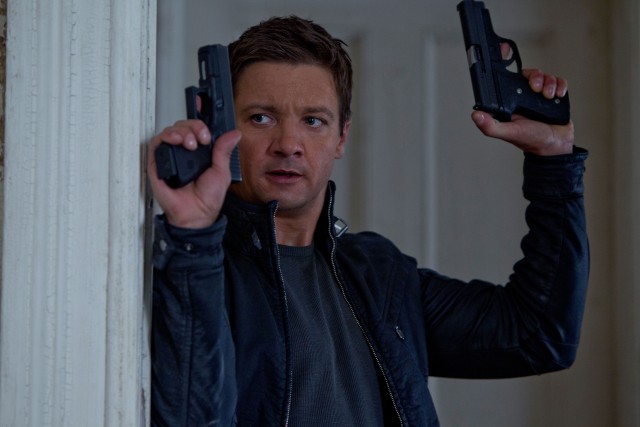 The Bourne trilogy includes three of the best action thrillers in cinema, with Jason Bourne portrayed by Matt Damon as an everyman who finds he’s been programmed by the CIA to be a deadly assassin. The third film ends with Bourne lured out of hiding by reporter Simon Ross (Paddy Considine) promising to write an exposÃ© on Project Treadstone, the CIA program that created Bourne in the first place, then being killed.

But what if Treadstone wasn’t the only project that the CIA was using to create super assassins?

That’s where The Bourne Legacy picks up, introducing Aaron Cross (Jeremy Renner) as an agent created by Project Outcome. Unlike Treadstone, however, Outcome is designed to create killers who can work alone in high-risk environments.

The film opens with Cross in the middle of the Alaskan wilderness, having to fend off a wolf attack and survive an extraordinarily hostile environment until he meets up with another agent (Oscar Isaac). Cross learns he’s not the only Outcome creation and is then forced to make his way back to civilization after a drone attacks their isolated cabin.

Outcome is masterminded by Col. Eric Byer (Edward Norton), the director of the National Research Assay Group (NRAG) that also ran Treadstone. But something’s gone wrong, and on the fear that it might all come to light in an investigation, Byer insists they cancel the project and destroy their research.

One of the people affected is NRAG scientist Dr. Marta Shearing (Rachel Weisz), who survives a harrowing attack by one of her fellow researchers, just to go home and encounter security personnel. In the nick of time, Cross shows up and rescues her, and the chase is on, with Shearing shanghaied into managing his drug needs while the NRAG team tracks them halfway across the globe.

I’m a big fan of the original Bourne series and of Matt Damon’s portrayal of Jason Bourne. To continue the series without Damon was a bold step, and to promote trilogy screenwriter Tony Gilroy to direct was even more risky.

Unfortunately, it doesn’t entirely pay off.

The biggest problem is that the story revolves around the government creating super addicts through genetic-altering drugs: Much of the film is Cross frantically running to find his next fix. That Dr. Shearing so quickly decides to help him is hard to accept for just this reason. Disappointing as a primary motivator, rather than honor or even revenge.

Still, it’s well assembled and well acted, and the story offers up enough narrative tie-ins to make it a good idea to watch the previous films before going into the theater. Cross is also a good successor to Bourne; it’s the film’s storyline that’s confusing.

The Bourne Legacy is exciting and does a nice job of explaining how the series continues without Bourne being involved. But it ends with too many elements unexplained and a crass, everything but a “next episode” end title appearing on screen, which could have been toned down quite a bit, rather than surprising the audience with the closing titles.