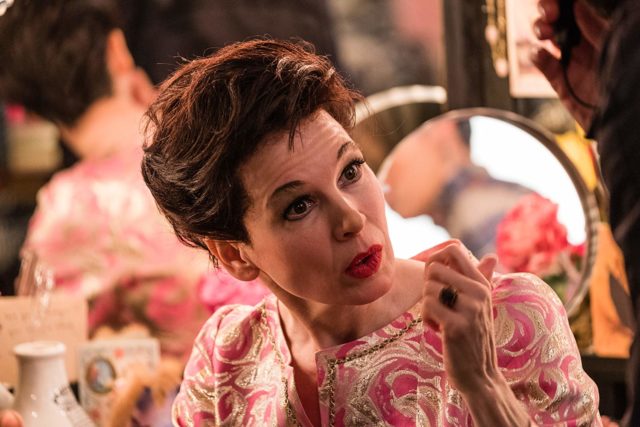 Judy Garland was born in a trunk. Or so the story goes in A Star Is Born, a movie about an aging actor on his way out, thanks to addiction, and the young starlet he handpicks to bear the burden of his departure.

Who knows how many watching A Star is Born in 1954 knew they were watching a window into Garland’s life. Born Frances Gumm in Grand Rapids, Minnesota, in 1922, Garland was destined for fame. She was on the stage at the age of 2, and by the time she was 13, she’d inked a contract with Metro-Goldwyn-Mayer, the studio she would call home for the next 15 years. A true triple threat, Garland sang, danced and acted with the best of them. She ran circles around ham Mickey Rooney, went toe-to-toe with James Mason, and carved her name in hearts and history books with “Over the Rainbow.”

They were her best years, and they were her worst. There may come a day when someone has something nice to say about studio boss Louie B. Mayer, but it isn’t today. Mayer treated Garland, and the rest of his stable of acting talent, like cattle. He needled Garland about her weight and put her on a strict diet of pills: Uppers to keep the weight off and the feet moving after 18 hours of rehearsal; downers to force some shut-eye.

You don’t have to know this to understand Garland — you feel it. In her most transparent songs, a slight crack of her contra-alto voice is enough to cut the world at its knees. Watch how her eyes unfocus while singing “Have Yourself a Merry Little Christmas” in Meet Me In St. Louis. Garland wanted to perform, and for that, she got more than her share of pain.

All of this is presented faithfully in Rupert Goold’s Judy, the new bio-pic about Garland’s untimely twilight days in winter 1968 and based on the stage show with musical numbers, “End of the Rainbow,” by Peter Quilter.

Renée Zellweger plays Garland full of wide eyes and pursed lips and looks every bit the part. And though she can’t quite match Garland’s singing voice (who could?), she manages Garland’s signature phrasing and physical posture with perfection.

Zellweger is the reason to see Judy. The supporting cast is equally compelling, but the movie is ultimately let down by a lackluster presentation of a rote story. The addition of a middle-aged gay couple who idolizes Garland is a nice touch, but calling on them to hoist the movie’s climax and inject a bittersweet message is too much. Yes, Garland gave and gave and gave and received little in return. And yes, the audience took and took and took and gave so little back. Such is the tragedy of entertainment: We know everything about celebrities. We allow them to console us in our loneliest moments, pick us up when we’re feeling blue, and carry us through the good times and the bad. But they don’t even know our names, or where to find us should they need emotional reciprocity. What a lonely life, indeed.