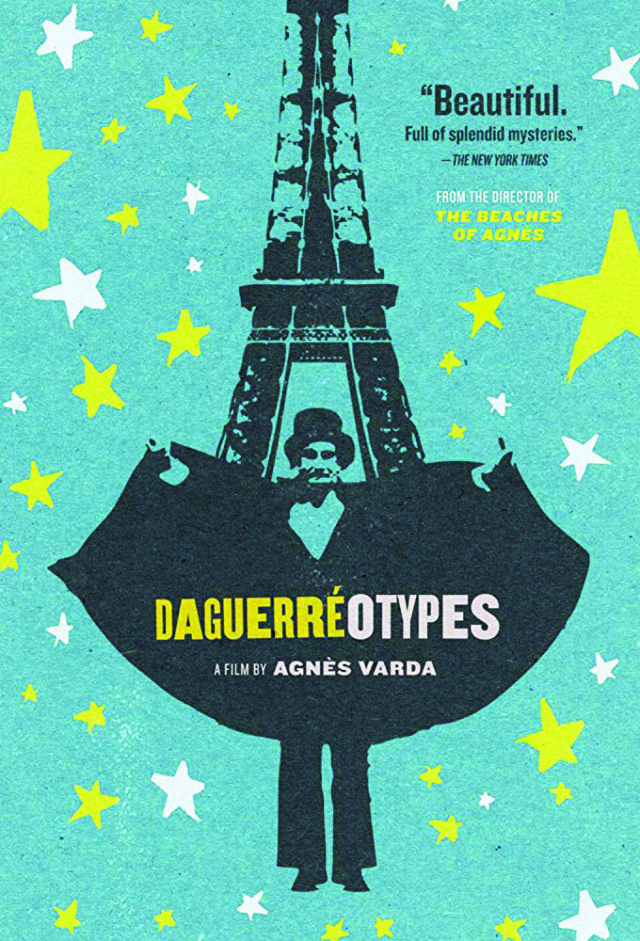 For 50 years, Agnès Varda lived on Paris’ Rue Daguerre, a quiet street of merchants not far from Montparnasse. She saw the men and women (mostly husbands and wives) who ran the shops, cut the hair, baked the bread and carved the meat. What are their stories? Varda wondered, and with her trusty camera, she took to the street, photographed their faces and hands, asked for their tales, and preserved these perfectly ordinary Parisians for future historians, sociologists and archeologists. Forty-plus years later, we are the archeologists investigating those faces, most of whom are long since dead. As is Varda. But, as long as there is electricity to power projectors, their faces will never fade. Such is the beauty of cinema, and Daguerreotypes — a play on the street’s name and an early form of photography — feels closer to the daguerreotypes of the 19th century than it does to the commerce of ours. Simultaneously enchanting and tragic, Varda allows a neighborhood magician to preside over her documentary, further emphasizing cinema’s hypnotic powers. Culminating with a silent curtain call of the rue’s shopkeepers, Daguerreotypes is a work of kindness and curiosity that will leave you breathless.