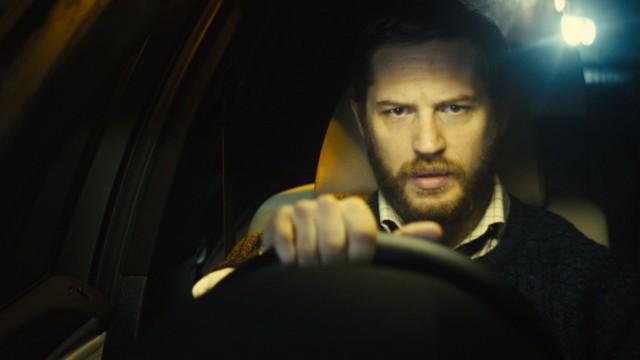 When Ivan Locke left work, he had a family, a wife, a home, a job and a claim in one of Europe’s future skyscrapers. By the time he reaches his destination, he will have lost it all. To borrow Tolstoy’s opening line from Anna Karenina, “Happy commuters are all alike; every unhappy commuter is unhappy in their own way.”

Locke, which is playing at The Boe until Aug. 30, centers on Ivan Locke (Tom Hardy), a concrete foreman on the eve of the largest non-military, nonnuclear concrete pour in the history of Europe. The pour is so large that streets will be closed so enough trucks can approach the site and set the block for the foundation of a 55-story skyscraper. Once hardened, concrete has a permanency that will last a lifetime, but prior to setting, concrete is far too fragile for mistakes. One imperfection, one misplaced piece of rebar, and a crack will form. Small cracks become bigger cracks and bigger cracks bring the whole thing down. Now is not the time for mistakes and distractions. Too bad for Locke, he had no intention of everything convalescing on this particular night, but it did — it was out of his control — and the cracks in Ivan Locke are beginning to show.

Written and directed by Steven Knight (writer of Eastern Promises and Dirty Pretty Things), Locke runs 84 minutes and plays out in real time as Locke commutes from Birmingham to London while talking to family and coworkers via Bluetooth phone.

The conversations are of a disastrous nature, but oddly, Locke doesn’t try to save anyone, undo irreparable damage or make everything right. Instead, Locke tries to rationalize his actions and decisions to anyone who will listen. Maybe not for others, but certainly for himself. Locke is not a movie of action, it is a movie of reaction. Reaction to events that transpired long ago and decisions that Locke has been silently turning over in his mind for weeks. I will not divulge them here, simply because my feeble words of explanation would pale in comparison to Locke’s well-thought-out thesis.

Locke is anchored by Hardy, (best known to American audiences as Bane in The Dark Knight Rises and Tommy in the underseen Warrior) an electric actor of the highest sort. His ability to hold the screen is unparalleled, and in Locke, Hardy turns the driver’s seat of his topof-the-line BMW into an existential battleground;

playing both devil and angel perched upon his constantly sagging shoulders while a real-life high-stakes drama plays out across his face.

Two words sum up the reason to go see Locke: Tom Hardy, but there is more here than just an excellent performance.

Knight and the film’s cinematographer, Haris Zambarloukos, add depth by visualizing Locke’s fracturing psyche with reflections and superimpositions a-plenty. Headlights, taillights and street lights all glint off Locke’s face and windshield en masse, each one symbolizing another ball that Locke is trying desperately to keep in the air.

Locke is a reminder that cinema can be anything it wants to be, as long as the characters are compelling and presented in a captivating manner. Locke has both in spades.