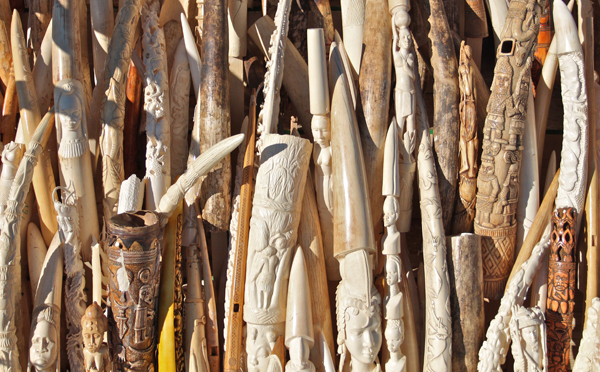 After banning international ivory trade in 1989, the U.S. Fish and Wildlife Service’s National Repository recently took a stand against the demand for ivory and put six tons of ivory through a rock crusher at the Rocky Mountain Arsenal in Denver late last year. Caitlin Rockett and Gloria Dickie, two graduate students from the University of Colorado, Center of Environmental Journalism (Rockett is currently a Boulder Weekly intern) decided to make a documentary based on the event.

The documentary will play this Wednesday at 7 p.m. at the University of Colorado Museum of Natural History, followed by a panel discussion with Rockett and Dickie, along with another graduate student, Carolyn Moreau, and their advisor Michael Kodas.

The panel will discuss the controversies surrounding ivory smashing and ivory trade, says Lillia Jackson, from the public programs office of the Museum of Natural History. “They will also be addressing whether or not destroying the ivory actually reduces demand and slows the rate of ivory poaching as well,” Jackson says.