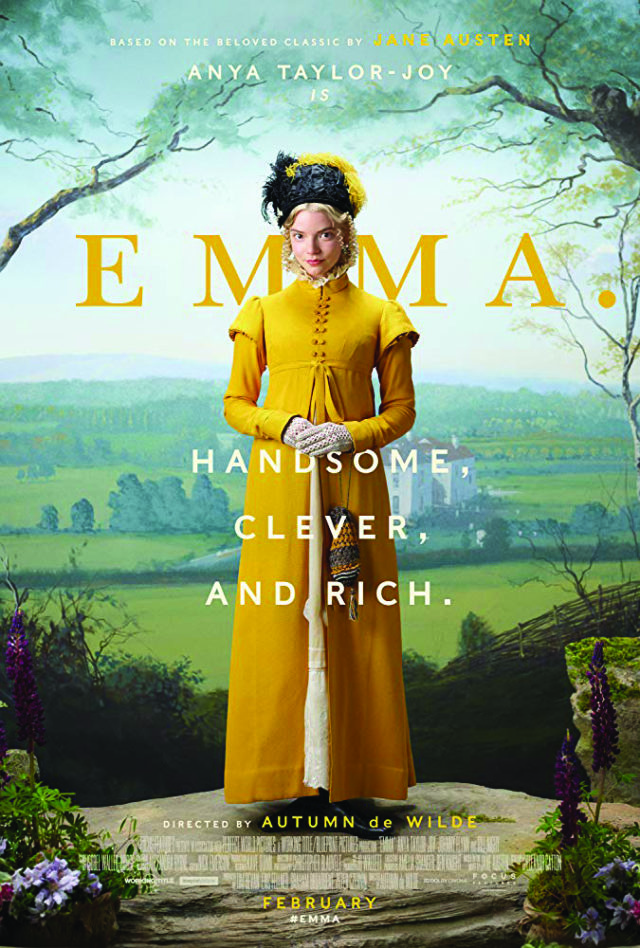 Emma Woodhouse (Anya Taylor-Joy) is handsome, clever and rich. She’s also a bit of a wrecking ball — the kind who thinks she’s holding the world together, when she’s the one holding on for dear life. And if she spent a little less time modeling Harriet Smith (Mia Goth) and a little more time with George Knightly (Johnny Flynn), then various friends and family members might have a more agreeable time. Adapted by Eleanor Catton and directed by first-timer Autumn de Wilde, whose resume includes a respectable number of music videos, Emma. is an earnest adaptation of Jane Austin’s 1815 novel with a lackluster pace. Taylor-Joy nails Emma’s incredulity, and Goth plays Harriet as a girl composed of innocuous giggles. Coupled with the costume designs, they are the best parts — as is Bill Nighy as Mr. Woodhouse, a man endlessly searching for the source of that infernal draft. But Flynn’s Knightly lacks brooding, de Wilde’s adaptation lacks momentum, and Emma. comes to a full stop before it even gets started.

ON THE BILL: Emma. is in wide release.