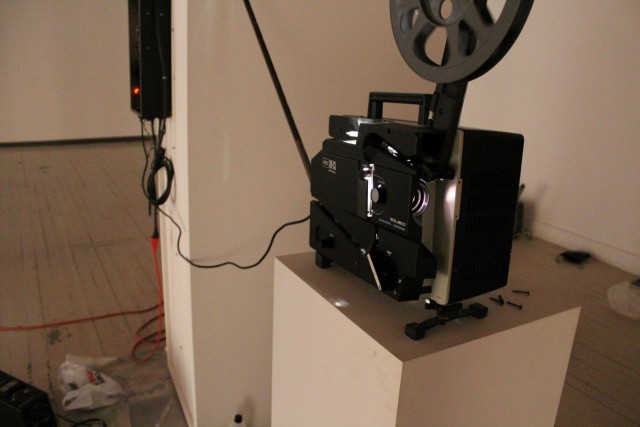 No one can say for sure what the late Stan Brakhage would think of the Brakhage Center Symposium — except that he would both hate and love it.

“He spoke in superlatives,” says Don Yannacito, a Brakhage colleague and longtime staff member of the University of Colorado Boulder’s film studies department, where Brakhage reigned as resident genius from when he began teaching in 1981 through his retirement in 2002. “It was like walking a tightrope, and you’d have to know what would tick him off. His generation was fighting a society that didn’t know art or culture. And he felt he needed to defend it with these huge postures and logic. He’s an iconic figure worldwide. He’s the real thing.”

Brakhage died in 2003. The fight to further his adopted religion of art and culture has continued, thanks in part to the symposium.

“The symposium is about the art form Brakhage championed,” explains film studies professor Dan Boord, director of CU’s Stan Brakhage Center for the Media Arts. “And it’s also meant to start a discussion among the artists and scholars. Which it always does. It typically attracts people who already have some knowledge in the field. But people coming into it fresh would find the presenters very accessible.”

The gathering marks its ninth year this weekend. The first day’s events include a presentation by Glenn Phillips, a curator at the Getty Research Institute, and Mark Toscano, an archivist and preservationist at the Academy of Motion Picture Arts and Sciences. A pair of guest artists will also show their recent work: Jennifer Reeder will premiere a new installation, while Jennifer West will introduce “One Mile Parkour Film,” which was made by adhering a one-mile-long filmstrip to the entire length of New York’s High Line elevated park for one day.

Phillips, a specialist in media art, which exploits video as a medium instead of film, plans to examine how artists were using machines to create art in the 1960s and ’70s, sometimes without even using a camera, and to highlight how artists imbued those works with conceptual, political, emotional or narrative content.

“They’ve brought in the Woody and Steina Vaskula archives,” Phillips says. “They may not be household names, but they’re incredible pioneers in the history of video art. … It’s great to see people gathering from all over who share an interest in an art form that’s a very important part of culture these days.”

Day two, as organized this year by Yannacito, centers on Brakhage and his work — including a set of three “under-talked-about” films, completed in 1971, known as the Pittsburgh Trilogy. Sally Dixon, who helped Brakhage gain access to the three institutions studied — the police (Eyes), the hospital (Deus Ex) and the morgue (The Act of Seeing With One’s Own Eyes) — will talk about this period in Brakhage’s career. Images filmed at the morgue are extremely graphic, yet thoroughly artful.

“He realized that people don’t want to see death or deal with the things they don’t want to deal with,” says Yannacito, noting that Brakhage effectively hid behind the camera while filming the autopsies. “Emotionally, that allowed him to do it.”

On a different end of the spectrum, attendees can witness Brakhage’s Persian Series 1-5 shown via continuous loop on a large contraption called a film tree. Once used exclusively by the National Park Service to continuously play films in NPS visitor centers, the newly built device, installed by projectionist Anthony Vasquez- Hernandez, will be showcased for only the second time outside of NPS use.

The symposium, while drawing from the past, doesn’t intend to get stuck there. The heyday of experimental film has never been confined to a single person, time or place. And Brakhage wasn’t alone in urging people to see the world differently.

“Stan wasn’t in isolation,” Boord says. “There was John Cage in music. Merce Cunningham in dance. The Living Theater. [That period of experimentation] was as watershed as any movement of that time.”

“Film was the orphan of all those arts,” adds Yannacito. “The other artists had a harder time understanding his films than he had understanding their work. … He could speak their language, but they had a hard time speaking the language of film.”

“The symposium is rooted in experimental film, which is as old as the late 19th century,” Boord says. “But we always connect with what’s going on in the contemporary world.”

Brakhage, whose influence remains as palpable as when he worked years ago in the bowels of the now-demolished Sibell-Wolle building, wouldn’t have it any other way.