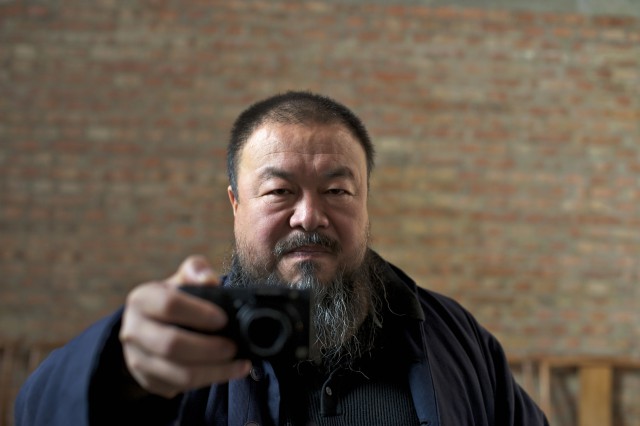 When Chinese government officials unexpectedly detained controversial artist Ai Weiwei — keeping him for 81 days in an undisclosed location — it ignited a firestorm of protests across the world that reinforced Ai’s calls for democracy in China.

Ai rose to international prominence for his role as the chief architect of the Bird’s Nest stadium built for the 2008 Beijing Olympics. But he soon denounced the games and refused to attend the opening ceremony after Chinese officials displaced more than a million citizens to make way for tourists and initiated what Ai perceived to be a propaganda campaign.

Later that same year, after the devastating earthquake in the Sichuan province of China that killed more than 70,000 people, Ai openly spoke out against the “tofu construction” of buildings that contributed to such a high casualty. When the Chinese government neglected to release the number of students who had died in their school buildings, Ai helped launch an investigation to find out how many had perished.

It was around this time that Alison Klayman, director of the new documentary Ai Weiwei: Never Sorry, began to follow the dissident artist. What started as a simple video promo for the opening of Ai’s latest gallery quickly turned into a more in-depth piece on the increasingly socially active artist.

“He was just such a charismatic figure, but also enigmatic too,” Klayman says. “I really wanted to know more about why he was so bold and what he was going to do with his upcoming earthquake campaign. It seemed like he was not afraid to confront authorities, and I wanted to see how was that going play out in China.”

Less than a year later, Ai had accumulated 5,385 names of students who had died in the quake, publishing the list and displaying the names on his office wall.

But his investigation came at a price. Ai’s blog was shut down, and police cameras were installed just outside his studio. Three months later, Ai was allegedly assaulted by a police officer when his hotel room was raided. In Klayman’s new film, the officer presumed to throw the strike can be heard saying: “Who saw it? No one saw it.”

In a “pen is mightier than the sword” moment, Ai took a picture of the encounter and posted it on Twitter, the photo going viral overnight and his support blossoming. Less than a month later — presumably as a result of being hit — Ai was hospitalized with internal bleeding and required major brain surgery. He chronicled the entire experience through his Twitter page.

“Once those things happened, it was clear this project was going to be much more action-packed than I had anticipated,” Klayman says of Ai’s attack and subsequent hospitalization.

Despite the authoritarian regime’s efforts to silence Ai by shutting down his blogs, he has consistently bypassed the “Great Firewall of China” — named for China’s extreme measures to censor the Internet — and used Twitter and transparency as a weapon to battle injustices he sees in his country.

Even with government censorship online, Klayman says there’s always a way to be heard.

“There are all kinds of tricky ways that people find to express themselves online,” she says. “If a word gets banned, citizens use a similar-sounding word, or a code word. There is a lot of exciting dialogue that is happening in China all the time on the Internet, and the authorities are always aware and trying to ban words as they get popular. And they’re talking about things they don’t want people to talk about. Authorities have plenty of people posting pro-government things on message boards to sway the conversations.”

Short of turning off the Internet — which government officials have done in provinces like Xinjiang, where a communication blackout went into effect after 2009 riots — the government is limited in its censorship of ideas online.

But the optimism Klayman and Ai share in creating a more transparent society was shaken on April 3, 2011, when the artist was detained by police officers at a Hong Kong airport. In an instant, the Chinese government had sent a message that even someone as popular as Ai could be “disappeared.”

“Ultimately, I don’t think he had any guarantee of protection, and it blew everyone away when he was detained,” Klayman says. “It came as a shock, because I think people wondered: Is he protected? If this hasn’t happened to him yet, does this mean he’s going be safe? And ultimately he wasn’t.”

Almost immediately, social media sites were ablaze with mention of Ai’s disappearance, as citizens across the globe protested his unwarranted detention. High-profile figures, including Hillary Clinton, took time to denounce the Chinese government’s actions and urged authorities to release the artist. In an effort to silence free speech, the Chinese government instead propelled Ai and his fight for freedom nationally and abroad.

Ai was finally released 81 days later, after Chinese authorities said he had confessed to tax evasion. Ai’s sister later told the Washington Post that her brother was detained in a small room with constant light and two guards watching him at all times.

Klayman and her crew were there to capture Ai’s return, showing the once-outspoken critic turned timid and suddenly shy, denying all requests to speak to reporters as he retreated into his home.

Klayman says that as Ai has gotten back into his art and activism, he hasn’t forgotten the isolation and psychological toll of his experience.

“I think that if anything, it’s certainly underscored and redoubled his beliefs in the importance of what he has been fighting for,” she says. “At the same time, he’s pushed the boundaries since he’s been released and slowly gone back to social media after a little bit and started doing interviews again. You can just tell if you knew him from before, he is being more careful. Even sometimes it doesn’t look like it, and he’ll say things in the press that still shocks me because of how direct he is in his criticisms. But he also can’t help but be affected by that experience and by the fact that he’s under much more consistent surveillance. People meet up with him on a much more regular basis to remind him that he could be put away at any time.”

Klayman says that sobering reminder is something Ai has to take into consideration when fighting against oppression.

“He’s an artist, and he doesn’t want to be a martyr,” she says. “So the threat does have an impact, because he wants to see his son grow up, and he does want to continue to create art and be able to travel and express himself. He’s not just barreling towards a multi-year detention. That is not his ultimate goal.”