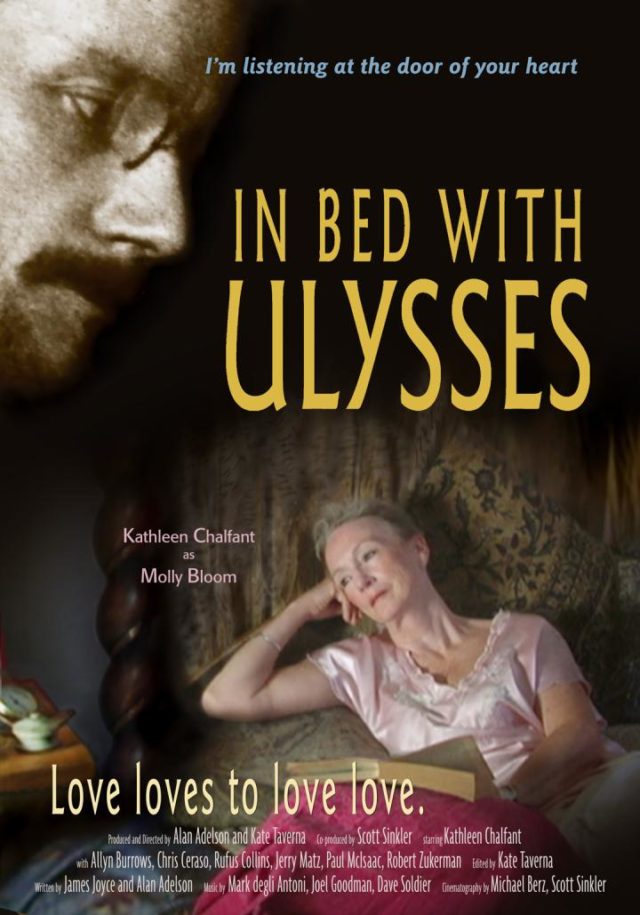 On June 16, 1904, a 22-year-old James Joyce walked with 20-year-old Nora Barnacle around the Dublin suburb of Ringsend. They enjoyed each other’s company, the sunshine in the park and the sea lapping against the rocks lining the port. And as they sat on a bench and took all this in, Nora unbuttoned Joyce’s trousers, shoved her hand down there and, according to a letter Joyce later wrote, made him a man. Some days stick in the memory more than others.

Ten years later, Joyce—now married to Nora—fixed June 16 in the smithy of his soul, set pen to paper and began writing the book that would make him famous, challenge the legal definitions of pornography and usher in a new era of modernist literature. That book, you may suspect, was Ulysses. For seven years and across three countries, Joyce wrote, rewrote and courted Ulysses as his mistress. Nora was none too impressed. “I should also write a book,” she told a friend. “I’ll call it: My Life with a Genius, So-Called.”

Genius, Ulysses and marriage swirl around in Kate Taverna and Alan Adelson’s 2012 documentary In Bed With Ulysses—screening July 21-24 at the Dairy Arts Center.

The title, like Joyce’s prose, carries multiple meanings. Ulysses is not necessarily a book you might read in bed, despite that Molly Bloom, one of the story’s central characters, never gets out of hers. Molly is the wife of cuckold Leopold Bloom, a middle-aged Irish-Hungarian-Jew who spends June 16 wandering around Dublin, trying not to think of his wife in the arms of another. Among the many Dubliners Bloom crosses paths with is Stephen Dedalus, a young scholar who knows the words of the world but not the song. Molly does: It’s “Yes,” sung like a chorus rising to a crescendo.

In Bed With Ulysses is in love with Joyce. The movie is mostly an investigative documentary replete with scholarly talking heads, archival images and subdued narration about Joyce and Nora’s marriage, Joyce’s work and the myriad women who helped Joyce from poverty to posterity. Adelson plays the investigator. He’s staging a stripped-down version of Ulysses for a black box theater—these rehearsal scenes reinforce the musical quality of Joyce’s prose—while also visiting Buck Mulligan’s Martello tower, getting to read from Joyce’s original manuscripts, and talking to everyone he can about the book.

In Bed With Ulysses came out in 2012, back when access to filmmaking equipment and digital distribution flooded the art-house market with docs stylistically in line with PBS. That might sound like a knock, but it isn’t meant to be. It’s more to orient your aesthetic expectations. Let’s face it: In Bed With Ulysses is made for those enchanted by Joyce’s radical prose. You’d think a movie devoted to a book this challenging would take more risks.

Instead, In Bed With Ulysses aims for accessibility. Taverna and Adelson love Ulysses and want you to, too. They also want you to consider what life might have been like for Nora Barnacle, the wife of a genius, so-called, who probably took his book to bed with him more than once.

For more movie reviews, tune into After Image Fridays at 3 p.m., on KGNU: 88.5 FM and online at kgnu.org. Email questions or comments to
editorial@boulderweekly.com.