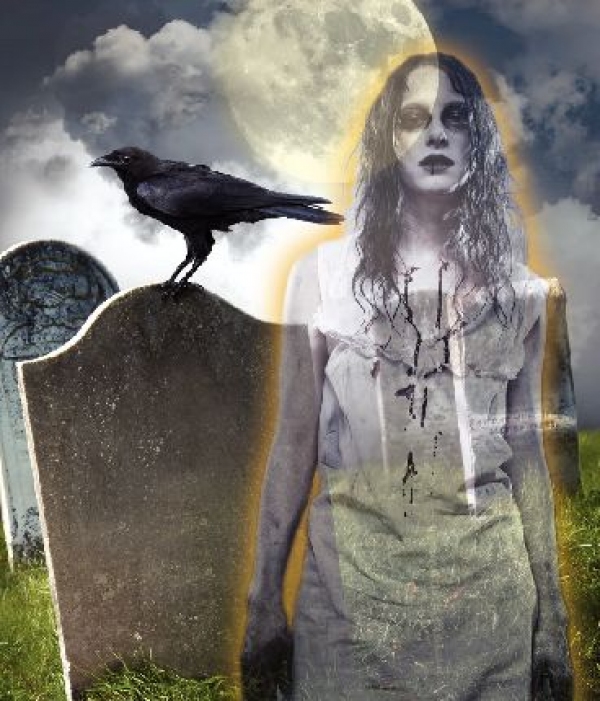 According to the new documentary, Chasing the Shadows (chasingtheshadows.com), one-third of Americans believe in ghosts and more people in the United Kingdom believe in ghosts than believe in God. With many ghost-hunting reality shows, like Ghost Hunters on Syfy, Paranormal State on A&E, Ghost Lab on Discovery and Most Haunted on the Travel Channel, it’s no secret that we’re fascinated with all things ghostly. That’s why Chasing the Shadows director Tim Schultz decided to dedicate four years of his life creating a documentary all about it.

Along with traveling to places like the Bardi Castle in Italy, Myrtles Plantation in Louisiana and the birthplace of voodoo in Benin, Africa, for the film, Schultz spent much time exploring the haunted places of Colorado. He spent the night in “haunted” Room 401 at the Stanley Hotel in Estes Park, hung out at the Croke Patterson Mansion in downtown Denver, explored the Belvedere Theatre in Central City, took a tour of the Miramont Castle in Manitou Springs and investigated the Lumber Baron Inn in North Denver. To say the least, Schultz didn’t realize how much hard work went into paranormal investigations.

“I definitely believe in ghosts and life after death. But what changed for me is that we went in a ton of different locations, and we didn’t necessarily have ghosts popping out of the woodwork as soon as we turned the cameras on,” Schultz says. “And when you watch a reality show about the paranormal, stuff happens right after the other. That’s what I expected it to be, but what I didn’t realize is that they shoot tons of hours of footage in order to get the key moments. So we shot hundreds of hours of footage that’s all melted down into the documentary.”

Despite the waiting around, there were plenty of scary moments throughout the filming of the documentary. In the film, Schultz connects with paranormal investigator Christopher Moon, who owns a device that uses “E.V.P. (electronic voice phenomena)” to create what he calls a “telephone to the dead.” The device allows the ghosts to use local radio frequencies to speak to the living and answer questions. Skeptics may be quick to call the device an elaborate hoax, but it didn’t stop Schultz from getting a few chills.

“A lot of it is just normal radio signals, but when there are direct answers to questions, especially with words that are not broadcast on the radio, which makes you really wonder what the source of it is. Once it said ‘Tim,’ then it said ‘Timothy’ when I got closer to it,” Schultz says about using the device at the Belvedere Theatre. “Then I asked, ‘Is there someone that wants to communicate with me? What is your name?’ Then there was a deep voice that said ‘Mike.’ Then I said, ‘Well, Mike, is there anything you want to tell me?’ Then it said, ‘Get out.’ Unfortunately, that moment wasn’t intended to be part of the film. But I did some further research after that and there’s supposedly a story about a ghost named Mike that haunts a building next to the theater, so I thought maybe that’s what that was. It certainly scared me.”

Schultz and his crew also toured haunted places in Boulder with Banjo Billy. The Banjo Billy Ghost Tour (banjobilly.com) happens every October on an old school bus. Staffers give a history of some of the famously haunted buildings in town, places like the Hotel Boulderado, where multiple suicides happened in Room 304; Macky Auditorium, where Elaura Jaquette was raped and murdered in 1966; and even the Arnett- Fullen House at Seventh and Pearl streets.

“The Arnett-Fullen House is pretty popular,” says Banjo Billy tour guide Drew Neilson. “And that’s largely due to the fact that the people who live there are really awesome and they put a mannequin in the window so people can get creeped out at night when walking by. We talk about how people can put their hands in a cold spot; people have taken pictures of a floating orb who many people believe is Oliva Fullen of the Fullen family.”

Even the Boulder tour bus could be haunted.

Staffers think former Boulder resident Clinton Dumm, known for joining the Boy Scouts at age 36, being kicked out at age 46 and willing his house to Boy Scout Troop 71 after his death in 1970, may have had a presence on the bus.

“We had the people who were living in his house on the bus at one point and after they came on, all of our electronics went haywire,” Neilson says. “Then we’d take them to the shop and things would work there. We take it out put it in the bus, they wouldn’t work. Take it back to the shop, they would work. So that was kind of bizarre for us.”