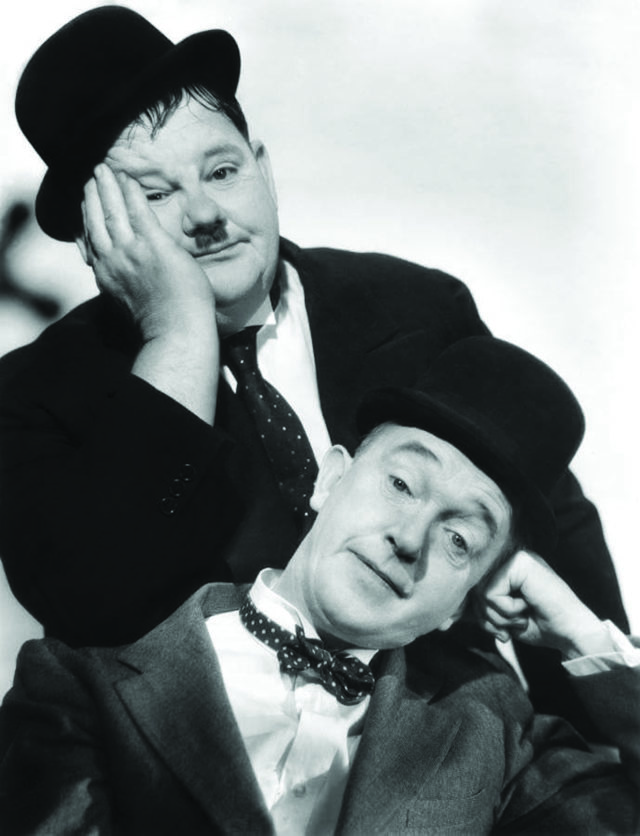 Both born at the end of the 19th century, Arthur Stanley Jefferson (Stan Laurel) and Oliver Norvell Hardy (“Babe” to friends and family), found their way to the silver screen by different means. Laurel came of a theatrical family, first stepping on to the stage at the age of 16, while Hardy tentatively studied law until he helped open a small theater in 1910. It wasn’t much, but it was enough to give Hardy the bug.

The two found their way to Hollywood, and then to Hal Roach Studios. Laurel was hired to write and direct, Hardy was hired to act. But when Hardy injured himself and had to sit out production on 1926’s Get ‘Em Young, Laurel stepped in front of the camera to fill in. When Hardy returned, he joined Laurel on-screen, and sparks flew. Their chemistry was undeniable, and a year later, Hal Roach launched a whole series of Laurel & Hardy shorts. The rest, as they say, is history.

But history has a habit of eroding over the years. Some movies gain in popularity while others diminish. Availability is a key, as is quality, and Laurel & Hardy’s impressive library of shorts and features has intermittently been lost, found, restored, repeat over the past seven-plus decades.

That’s all starting to change, and the newly minted Laurel & Hardy: The Definitive Restorations from Kit Parker Films have the boys sparkling like never before. It’s a hefty set: four discs, two features, 17 shorts and over eight hours of interviews, commentaries and still galleries to peruse. For Laurel & Hardy enthusiasts, it’s manna from the Blu-ray gods. For the newly inducted, it’s a full day of cinematic comedy that is just as funny now as it was then.

It’s also an excellent resource for historians of comic cinema. The interviews come courtesy Randy Skretvedt (a die-hard if there ever was one), who filmed them with Laurel & Hardy coworkers in the early 1980s, and the commentaries are from Skredtvedt and Richard W. Bann. Both are well versed in these films, their production schedules, and the various tweaks the scripts underwent.

Don’t give a lick about production? No worries, the movies are funny enough. Particularly The Battle of the Century, the Holy Grail of lost silent comedy. Up until a few years ago, only three minutes of this short remained — three minutes of the zaniest pie fight ever captured on camera (an estimated 3,000 pies were tossed.) New York’s Museum of Modern Art discovered a copy of the film’s first reel in their archives in 1970, but not the pie fight. Then, a stroke of luck: Film collector Jon C. Mirsalis discovered a 16mm workprint copy of The Battle’s second reel — the one containing the pie fight in its entirety — in a massive collection he purchased around the turn of the 21st century. A brief sequence joining the short’s opening boxing match and the concluding pie fight remains lost (represented here by a few still frames and title cards), but the long lost reels are finally together; restored by Serge Bromberg of Lobster Films and the UCLA Film & Television Archive in association with Jeff Joseph (formerly of SabuCat Productions).* The Battle of the Century lives again, and what a battle it was.

The Battle of the Century is reason enough to pick up a copy of Laurel & Hardy: The Definitive Restorations. Theatrical moviegoing in 2020 may be dead, but home video releases keep getting better. Available wherever Blu-rays and DVDs are sold.

*The previous three sentences have been added to the original publication to correct and clarify the discovery and restoration process of The Battle of the Century.