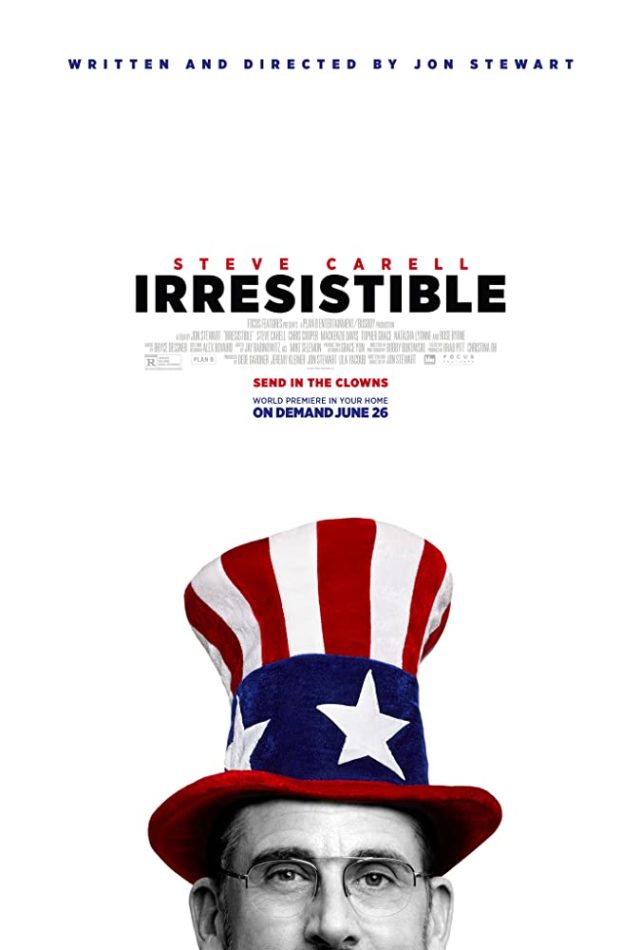 A lecture may get your point across, but a story illustrates it better. And if you can smuggle in a little humor, it’s a better bet the medicine will go down. Irresistible (reviewed here) got you hankering for more? Here are four to stream right now.

Cold Turkey Craving some much needed positive PR, the Valiant Tobacco Company announces a cockamamie scheme: Any American town that can give up smoking for one month will win $25 million, tax-free. Eagle Rock, Iowa — population 4,000 — needs that kind of coin to revamp Main Street and attract a military missile factory that will bring industry and life back to their dying Midwestern town. At least that’s what Rev. Brooks (Dick Van Dyke) hopes happens. Valiant’s PR man (Bob Newhart) sure hopes it doesn’t. Director Norman Lear was a titan of television, but Cold Turkey remains his lone cinematic effort. He made it in 1969, but the movie was shelved for two years because the studio feared it would piss off advertisers. They were right, but so was Lear: His vision of consumers, marketers and politicians all in bed together is as relevant now as it was then. Streaming on Fubu and Watch TCM.

The Death of Stalin Multi-hyphenate Armando Iannucci might be the best working satirist today (all seven seasons of Veep are streaming on HBO Max and DirecTV). His take on the transfer of power in the USSR circa 1953 is so loaded with jokes you have to watch it twice to get it all. From backstabbing to assassination, pajamas and concert recordings, it all seems so terribly trivial until it’s all so terribly real. It’s like Mean Girls, only with the fate of millions hanging in the balance. The cast is top-notch, but Jason Isaacs steals the show. Streaming on Netflix and DirecTV.

Catch-22 George Clooney’s 2019 adaptation for Hulu was faithful to Joseph Heller’s novel until it missed the mark. He condemned Yossarian to a Sisyphean hell rather than set him free and off into the world. Clooney’s deviation probably comes from a weariness of the industrial-military complex — placing America forever in that bombardier bubble with a naked and shivering Yossarian. Mike Nichols’ 1970 adaptation of the book hews closer to Heller’s intent, running its motor on humor rather than coasting on resignation. Alan Arkin plays Captain John Yossarian, and Bob Newhart steps into the shoes of Maj. Major Major — it’s a hoot. Streaming on Amazon Prime and Pluto TV.

WALL-E What starts as a charming love story between two lonely robots à la Chaplin’s City Lights gives way to some serious castigation once humans are involved. The consumer world hasn’t just destroyed the planet; it’s turned individuals into mindless bulbous masses existing only to buy more — pretty sharp stuff for a kid’s movie. Then again, if you want to change the future, you start with the present. And where most satires end on a note of deflation (see the above), or destruction (Dr. Strangelove, Blazing Saddles, etc.), WALL-E is one of the few that closes on a note of profound hope. And a Peter Gabriel song during the credits doesn’t hurt either. Streaming on Disney+.