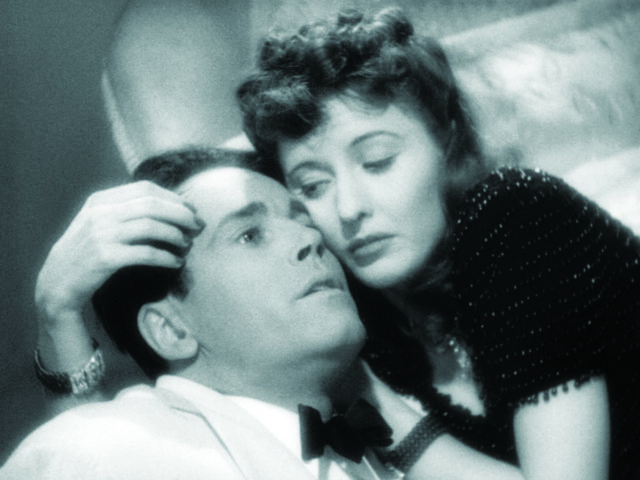 Let us be crooked but never common,” Colonel Harrington urges his daughter, Jean. He’s played by Charles Coburn, grand in every meaning of the word, and she’s played by Barbara Stanwyck, arguably the greatest actor to grace the silver screen. They are a couple of cardsharps looking for a catch, and Jean just hooked a Pike, Charles Pike, heir to the Pike Ale Company (“The ale that won for Yale.”). Pike, or “Hopsie,” as Jean will come to call him, doesn’t give a lick about ale, or beer; the boy’s got snakes on the brain. He’s just returned from the Amazon, and snakes are all he can think about. That is until Jean steps in and sends Pike to the floor, falling top over teakettle in love with a con artist.

So it goes in The Lady Eve, and such is the stuff of screwball comedy, a brief but brilliant subgenre of the romantic comedy that found its heyday in Depression-era America. The rich have always fascinated Americans, and screwballs like It Happened One Night, Bringing Up Baby and, the progenitor of the genre, My Man Godfrey, are all comedies of class and comedies with class. They show how ridiculous the wealthy are, how petty they can be, and take great pleasure in letting commoners get one over. They are farces, but as British critic David Cairns points out in a video essay accompanying The Criterion Collection’s new restoration of The Lady Eve, farces never sell in America. So, screwball it is.

Back to Pike: He’s played by Henry Fonda, Hollywood regality if ever there was such a thing. In 1939, Fonda played the Great Emancipator in Young Mister Lincoln. In 1940, he was struggling-everyman Tom Joad in The Grapes of Wrath. If audiences wanted to idolize anyone, they needn’t look further than Fonda. That only added to the humor of Pike toppling over outstretched legs, slipping in mud puddles and crashing into oversized sofas. “That sofa’s been there for 15 years, and no one ever fell over it before,” Pike’s father says with suspicion.

Father Pike is played by Eugene Pallette, a beach ball of a man with a bullfrog’s croak who looks nothing like Fonda. It’s perfect casting, and writer/director Preston Sturges knew it. Why aim for authenticity when oddball gets the laugh?

When The Lady Eve was released in March 1941, audiences still felt the pangs of the Depression, but a new foe was on the horizon. War was building in the Pacific, and fascism was spreading over Europe like wildfire. Comedy was the escape, and once The Lady Eve got rolling, a dark and scary world slipped away into one of ocean liners, dinner parties and proper people acting like a bunch of damn fools.

It was a beautiful distraction then, and it’s a beautiful distraction now, and Criterion’s 4K restoration of The Lady Eve sparkles. In addition to the film, Criterion’s disc includes thoughts on the film from critics Cairns, Susan King and Kenneth Turan, and filmmakers Peter Bogdanovich, James L. Brooks and Ron Shelton. The booklet features an essay from Geoffrey O’Brien and 1946 LIFE profile of Preston Sturges, and the commentary track from former CU-Boulder film professor Marian Keane is a film class in itself.

The Lady Eve is available on Blu-ray and DVD from The Criterion Collection wherever Blu-rays and DVDs are sold starting July 14.