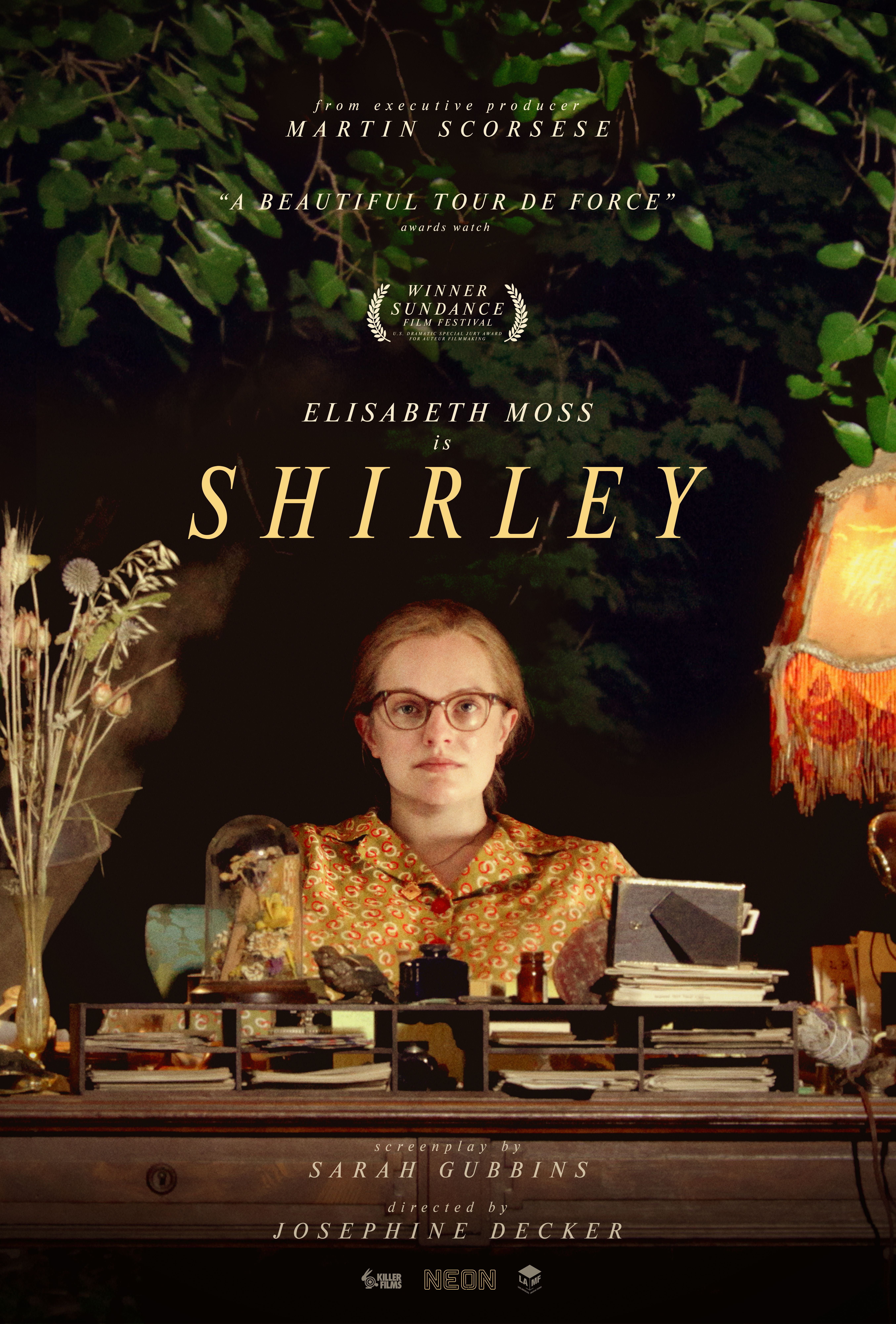 Writers themselves aren’t that dramatic or empathetic a subject,” screenwriter Sarah Gubbins says. “As a genus and species they are wont to be solitary, sedentary and sullen. Social mores often elude them. As a breed they are prone to paranoia, anxiety, depression and petty self-absorption. And they tend to go extended periods without bathing.”

Write what you know, the adage goes, and Gubbins’ latest film Shirley — about novelist Shirley Jackson, full review here — has a lived-in quality only a writer could create. The long hours spent in bed waiting for something to come, the longer hours spent hunched over the desk when it does. The fracturing of time and space, reality and fiction, as the writer disappears further and further into the words. And the inevitable slip into excessive consumption and flights of fancy.

The movies love a good writer, and their image on the silver screen is legion. Here are four to stream at home that will either convince you to sit down and write those stories burning inside, or extinguish the flame once and for all.

Shock Corridor: Journalist Barrett (Peter Breck) has cracked his fast track to the Pulitzer: Have himself committed to an insane asylum to uncover the details of an unsolved murder. It’s an airtight plan until Barrett finds himself in the company of a black student who fancies himself a white nationalist and proud member of the Ku Klux Klan, a captured and brainwashed Korean War vet, and a nuclear scientist so terrified of obliteration at the hands of atomic weapons he’s regressed to the age of six. Don’t worry, Barrett tells his girlfriend, I got a handle on this. The mad ones always do. The titular corridor is journalist/novelist/filmmaker Samuel Fuller’s grand metaphor for America. It’s blunt, heavy-handed and chilling as hell. Even worse, not much has changed since its release 50-plus years ago. Streaming on The Criterion Channel and Kanopy.

My Brilliant Career: Adapted from the novel by Miles Franklin (the pen name for Stella Maria Sarah Miles Franklin), My Brilliant Career is the Australian story of one woman, two suitors and a passion for the pen. Both men want marriage, and Sybylla (Judy Davis) does not. There’s a parallel here between Sybylla and the land. Australia circa 1900 is being colonized by force with the wealthy establishing their territories by squatting, erecting fences and pretending it was there’s all along. Sybylla has no interest in being squat upon, though she does love Harry (Sam Neill). But she also knows that marriage comes with a price: The end of her career in letters. There are many similarities between Franklin’s My Brilliant Career and Louisa May Alcott’s Little Women, which is probably how My Brilliant Career director Gillian Armstrong got the gig directing the ‘94 adaptation of the March sisters. Streaming on The Criterion Channel.

Little Women: When Beth March (Eliza Scanlen) its down at Mr. Laurence’s piano, she plays Schumann’s “Scenes From Childhood.” A magnificent piece and a nod from writer/director Greta Gerwig to Gillian Armstrong — Armstrong used “Scenes From Childhood” as a leitmotiv in My Brilliant Career. From there, Gerwig makes Alcott’s novel her own. She uproots the linear storytelling, embraces the essence of each sister — and what makes them catnip for the men — and susses out the eternal conflict between the head and the heart. And when Jo March (Saoirse Ronan) clutches her freshly printed book, the act of creation becomes much more than a stack of ink-stained paper. Streaming on DirecTV.

In a Lonely Place: Dix Steele (Humphrey Bogart) is a Hollywood screenwriter with a case of writer’s block. He’s been given a popular novel to adapt, but he refuses to read it. A young hat-check girl loves the book, and Dix convinces her to go home with him so she can recount the plot. When the hat-check girl shows up dead, all fingers point to Dix. Gloria Grahame stars alongside Bogie in one of the most acidic looks at Hollywood — and one of the best. In Dorothy B. Hughes’ source novel, Dix pretends to be a crime novelist. In the film, screenwriter Andrew Solt and director Nicholas Ray transformed Steele into a man on the lowest rung of the Hollywood ladder, the loneliest place of them all. Streaming on The Criterion Channel and Crackle.