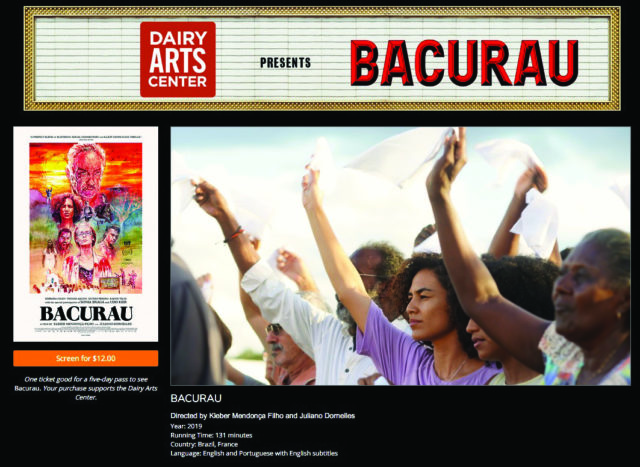 In compliance with the Centers for Disease Control and Prevention, the Colorado Department of Public Health and Environment and Gov. Jared Polis’ decree, movie theaters are shuttered until mid-April. Or at least until mid-April — it could be longer.

And with no theaters to screen in, no press reviews to market, most major studios are postponing tent-pole releases anywhere from months to a year. MGM’s latest James Bond installment, No Time to Die, was slated for an April release, but will now hit theaters in November. Universal pushed F9 (the latest in the Fast & Furious franchise) back to April 2021, while Disney has shelved its live-action remake of Mulan indefinitely.

The delay of those three, in particular, is designed to maximize profits. All three will either flirt with or surpass the $1 billion box office mark, but only with a strong world market. Other movies are getting a much different treatment: Streaming. Typically, studios, movie theaters and streaming services have an agreed-upon 90-day theatrical window before a movie is available for home viewing. There are many exceptions to this rule, but with the current shutdown of public spaces, studios are collapsing the window and giving audiences stuck at home the chance to stream these movies now: Focus Feature’s Emma, Universal’s The Invisible Man, Warner Bros. Birds of Prey, IFC Film’s upcoming Resistance and Film Movement’s Corpus Christi. Even Disney is expediting Frozen II and Onward to its service for myriad children no longer at school.

Meanwhile, in the independent scene, a group of 30+ film festivals has banded together to try and sell tickets to canceled film festivals. These programs will go on, as planned, just via streaming platforms. But there are some tricky waters to navigate, as many of these films have not yet been acquired. And distributors aren’t keen on paying for something that’s already hit the internet. Seed&Spark, the subscription-video-on-demand platform spearheading this campaign, is trying to assuage distributors from those fears, while also ensuring the hard work of new and independent filmmakers won’t simply evaporate into the ether. More information can be found at try.seedandspark.com/film-festival-pledge.

Then, there are the art-house theaters (which don’t operate on much of a margin to begin with). The distribution company Kino Lorber is modifying its on-demand rental service, Kino Now, to partner with local theaters across the U.S. Moviegoers can see the movies that would be playing at their local theater under normal circumstances, and the movie theater gets to keep its share of the ticket.

Currently, Boulder’s Dairy Arts Center has partnered with Kino Lorber to bring Bacura to the virtual theater while Denver’s Sie Film Center has added offerings from Film Movement and Oscilloscope to its virtual theater (in addition to Kino Lorber). It’s an attempt to maintain normalcy in less than normal times.

More distributors and theaters are sure to follow as many are still scrambling to keep the lights on and businesses solvent for the duration of this shutdown — make sure to check your favorite cinema’s website for details. One thing is for sure: We won’t have a lot of places to go, but there’ll be plenty to watch over the next couple of weeks.