My whole life has been movies and religion. That’s it. Nothing else. —Martin Scorsese

It all goes back to Mean Streets: “You don’t make up for your sins in church, you did it in the streets. You do it at home. The rest is bullshit and you know it.” Those lines, spoken by the film’s director, perfectly encapsulate the beliefs of Martin Scorsese and the stories he tells. From the guilt of Henry Hill and Jake LaMotta to the loneliness of Travis Bickle and Rupert Pupkin; from the self-aggrandizing sermons of Jordan Belfort and Frank Costello to the humility of Jesus Christ and the Dali Lama.

That is why Scorsese’s latest film, Silence, feels like a work weighted by a lifetime of observation, doubt and faith. And not simply because Scorsese has spent the past 28 years trying to bring Shusaku Endo’s 1966 novel to the screen — the Japanese director Masahiro Shinoda also adapted the novel in 1971 — but because Silence is an older man’s film. It is slower than his more famous gangster pictures, considerably less jagged in the editing and far more painterly than even The Last Temptation of Christ — a movie indebted heavily to the canvasses of Rembrandt and Hieronymus Bosch. More than anything else, Silence is a meditation, an acknowledgment that when I was a child, I spoke as a child, I thought as a child and I understood as a child. Now I am older, and it’s time to put away childish things.

Set in 17th century Japan, Silence follows two Portuguese Jesuit priests, Rodrigues (Andrew Garfield) and Garrpe (Adam Driver) as they go in search of Father Ferreira (Liam Neeson), their former mentor who has apostatized — renounced the faith publicly — and is living according to Japanese customs. Ferreira is not the only one to do so; the Japanese have been rounding up believers and torturing them until they renounce Christianity, which they do by stepping on an image of Jesus. Some of these apostates, like Ferreira and Kichijiro (Yosuke Kubozuka) — a guide for Rodrigues and Garrpe and a thorn in their sides — will be set free, while others will continue to be tortured and killed.

This renouncing of one’s faith — or what one believes to be faith — forms the crux of Silence’s nearly three-hour running time, and though the movie has plenty of conflicts, its deliberate pacing might be off-putting for many viewers. But Silence is not a movie designed to entertain, it is designed to provoke. One of the movie’s central scenes involves a Christian Japanese peasant who is faced with stepping on the image of Jesus to spare his life. The inquisitor conducting the ceremony calmly assures the man by saying, “It’s only a picture.” Maybe, but that picture means something to the man and he cannot bring himself to step, no matter the cost.

The same can be said of Scorsese, a man who considered taking up the cloth before settling on a life in movies. For some, Silence is only a movie. For Scorsese, it’s everything. You don’t make up for your sins in church. You do it in the streets, you do it at home and if your name is Martin Scorsese, you do it with a camera. 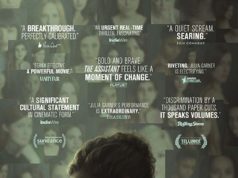 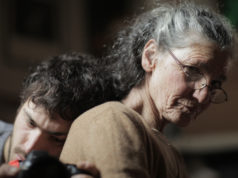 A woman’s work and a son’s obsession