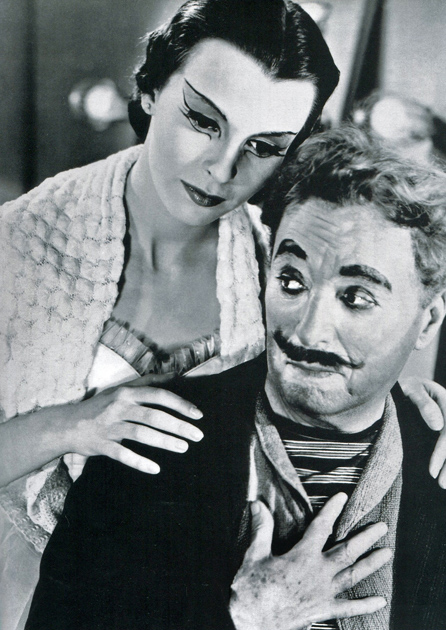 This year marks the centenary for one of cinema’s most important faces and minds, Charlie Chaplin. Kid Auto Races at Venice debuted on Feb. 7, 1914, ran 11 minutes and introduced the world to The Little Tramp.

On May 4, 1914, Chaplin stepped behind the camera and began his 53 year career as a director with Caught in the Rain. For the bulk of his career, Chaplin functioned as writer, producer, director, editor, composer and star. The Gold Rush (1925), City Lights (1931) and Modern Times (1936) represent Chaplin’s high-water mark, but it all this came crashing down with Chaplin’s first all-talking picture, The Great Dictator in 1940. He was accused of being a communist sympathizer and suddenly found himself persona nongrata. He continued to work in Hollywood until his trip to London for the premiere of Limelight in 1952, when the British national had his reentry permits to The United States revoked.

That background builds to the autobiographical Limelight, which will play June 4th at the Chautauqua Auditorium. Set in London but shot in Hollywood, made in 1952 but set in 1914; Chaplin mines material from his past, present and father’s life to make a movie dripping with melancholy. Calvero (Chaplin) is an aging vaudeville star that has lost his audience. His neighbor, a down-on-her-luck ballerina, Terry (Claire Bloom) tries to commit suicide. Calvero happens to be in the right place at the right time and sees to it that she gets back on her feet. Terry falls for Calvero and tries to get him back on stage. Two performers, one on the way up and one on the way down meet in the middle — typical fare for melodrama, but Chaplin mines the material for something far more serious. A younger Chaplin would have made the movie with more joie de vivre, but reality weighed heavily on Chaplin’s mind.

However, that does not mean that watching Limelight is a chore. Quite the contrary, as Limelight is loaded with excellent song and dance numbers that remind us that life may be tough, but there is no reason to get mired in it. Just try being sad when Calvero is reteamed with his old comic partner, played by Buster Keaton. Chaplin was not considering Keaton for the role, feeling that the part might be too small, but when he heard that Keaton was also going through a tumultuous time — the transition to sound cinema was not kind to Keaton and a move to MGM destroyed his career — he offered him the part. The few minutes featuring both Keaton and Chaplin — the only occasion that Chaplin and Keaton appeared on screen together — are a treat for any movie lover.

There are some moments of Limelight that detract from its greatness: dialog delivered a tad too earnestly and some production aspects that look dated, are but slight hiccups in an otherwise excellent movie. There is an honesty in Limelight that keeps the material afloat. Characters will frequently look directly into the camera, telling us their story, begging that we pay attention, that we don’t forget, that they don’t slip out of the light.