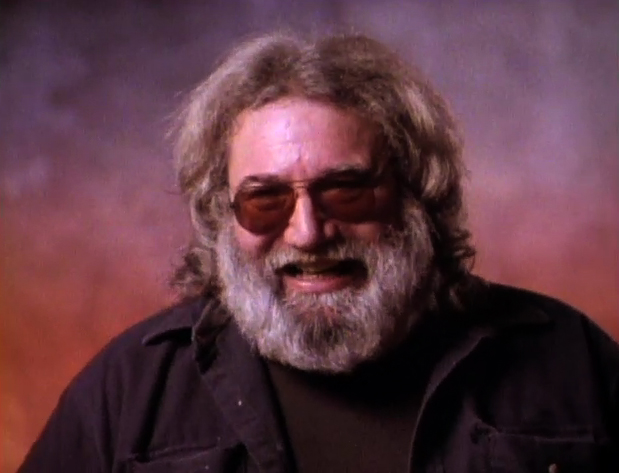 Deadheads rejoice — a new documentary chronicling the life of the late guitar-god Jerry Garcia is in the works for an end of the year release.

Filmmaker Malcolm Leo has teamed up with former Eagles manager John Hartmann to tackle the life of Grateful Dead frontman Garcia, who died at 53 from a heart attack.

The documentary will center on a three-hour interview that Garcia gave Leo in 1987. The two were friends, which, Leo says, will make for a different style of documentary.

“The thing with Jerry is that I got to know him, which is unusual for a filmmaker,” Leo says. “And I got the opportunity to shoot an interview that covered an enormous range of topics.”

Leo, who has previously made documentaries about Elvis Presley and the Beach Boys, had this footage for years, but wasn’t sure what to do with it.

“[Garcia] died in ’95, and over the years we stayed in touch, and he’d always ask what I was going to do with all of that, and I’d say,

The challenge that held back progress was the long wait to secure the music rights, a problem that has halted several other Grateful Dead productions in the past.

Hartmann, a music professor at Loyola Marymount University, came into the project two years ago when he invited Leo to lecture to his Rock on Film class. The two had been friends since the early ’60s, and after the lecture, Leo asked Hartmann if he would jump into the project to help secure rights. Hartmann agreed.

Before teaching, Hartmann, brother of late Saturday Night Live comedian Phil Hartmann, worked in the music industry, managing bands including the Eagles and Crosby, Stills & Nash. Hartmann had met Garcia in 1967 when The Grateful Dead played at the opening of his Los Angeles club, The Kaleidoscope.

“Jerry is an iconic music hero,” Hartmann says. “Music is a realm where I’ve spent my life, and he’s one the greats.”

The filmmakers finally secured the rights and got the backing of the Garcia’s family last year.

“We didn’t want to go into the market without the full support of the Jerry Garcia estate, and that’s what we got,” he says. “We wanted to do it right.”

Leo says he believes Garcia’s family backed the upcoming documentary because of his approach to Garcia’s life. He showed the family the interview footage and described his vision to include lesser-known songs that were more important to Garcia.

The filmmakers plan to intertwine the interview footage with home movies and never-before-seen performances and will chronicle Garcia’s life outside of Grateful Dead, his solo career and work with other musicians.

Leo says the film won’t be a standard music documentary. He plans for a non-linear structure, and to use the interview as a way for Garcia to tell his own story throughout the film.

Leo and Hartmann plan to have the movie ready for theaters by the end of the year to commemorate what would have been Garcia’s 70th birthday.