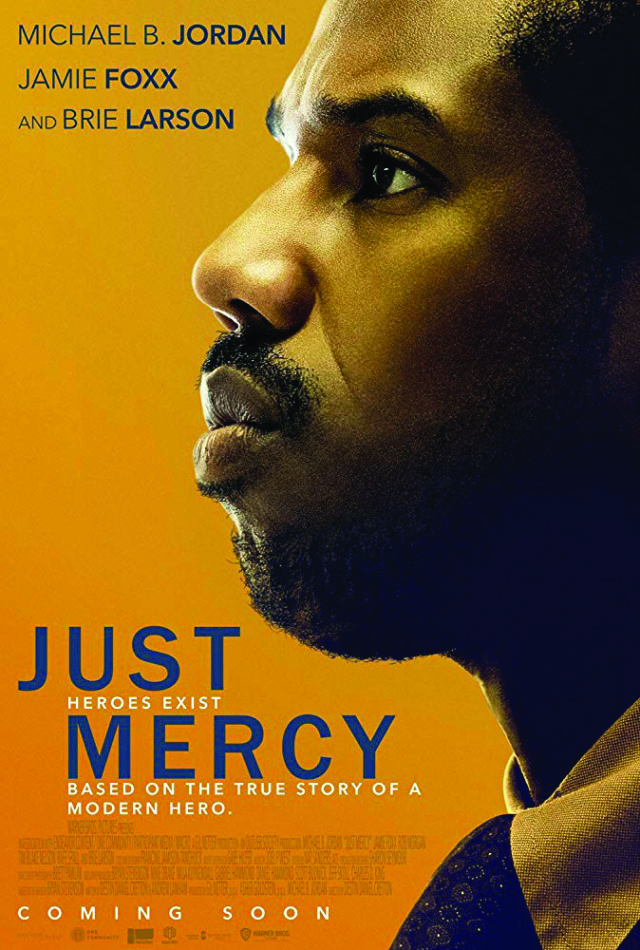 Monroeville, Alabama, 1987: A man is condemned to death for a crime he did not commit. Do you need to know the color of his skin, or can you already guess? He is Walter McMillian (Jamie Foxx), and recent Harvard law graduate Bryan Stevenson (Michael B. Jordan) has come to his defense. But, if the movie’s poster and Stevenson’s legacy of freeing the innocent and representing the underserved exist anywhere in your mind, then you know going in that the true story Just Mercy draws from is a hopeful one, albeit slightly bloated in its design. Foxx is a highlight, a man who knows the cards were stacked against him from the deal, and director Destin Daniel Cretton handles courtroom scenes well but resorts to bland visuals elsewhere — except for scenes set in prison, particularly one night on death row. It is both somber and understated and gives humanity and decency to a soul who has to die in a most inhumane way.