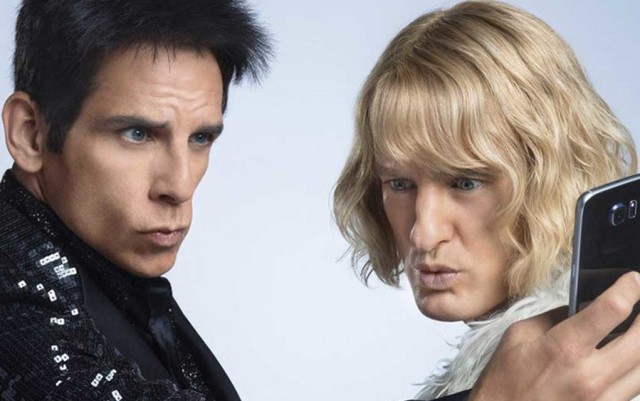 “More plot!” demanded not one single fan of the original Zoolander. So, of course, writers Justin Theroux, Ben Stiller, Nicholas Stoller and John Hamburg begin Zoolander 2 with a convoluted, nonsensical, unnecessarily intricate setup involving elements of The DaVinci Code and, oddly enough, cannibalism. What they left out, however, was “the funny.” “The funny” being absolutely integral to the enjoyability of an intentionally stupid parade of buffoonery, this was a ballsy choice. As such, Zoolander 2 feels mostly like a kick-to-the-ballsy choice.

Years later, Billy Zane shows up to offer Derek and Hansel a chance to return to their modeling ways, working for top fashionista Alexanya Atoz (Kristen Wiig). Of course, it’s a setup. And of course the setup involves the evil Mugatu (Will Ferrell). With the aid of former swimsuit model-turned-Interpol “fashion police” division officer Valentina (Penelope Cruz), the dunderheaded duo must try to thwart another assassination attempt and reunite Derek with his estranged, plus-sized son. There are also more cameos than successfully landed jokes.

The first Zoolander was gloriously silly. It reveled in a nonstop barrage of self-deprecating jokes and had a plot so flimsy it barely existed. Here, we get secret societies that may or may not be real; a derivative subplot about “the chosen one,” who may or may not be real; and a strange abundance of mean-spirited jokes about a preteen’s weight. When dealing with shallow characters, they should be the butt of the jokes. Watching Derek and Hansel debate over whether “being fat makes you a bad person” doesn’t read as an indictment of their narcissism so much as ribbing at a character who, it should be noted, is played by a real live human being who possesses the body type being mocked.

The good news is Mugatu is still hilarious. This makes the decision to hold him out until the last third maddening, as the trailers let us know he was coming. And benching the comedy’s funniest character falls squarely under the heading “bad move, yo.” From its reintroduction on, Zoolander 2 regains its giddy goofiness and screwball satirizing. But like an undersized elf showing up for work at Santa’s toy factory on December 26, it’s too little, too late.

Zoolander 2 fails by attempting to service a story no one was asking to be included. Had this just been Hansel and Derek adjusting to a new world where “high fashion” is no longer elaborate couture but hipster-adored slovenliness, and had it used its best character earlier and more often, it could have been blissfully ignorant instead of wilfully dumb.