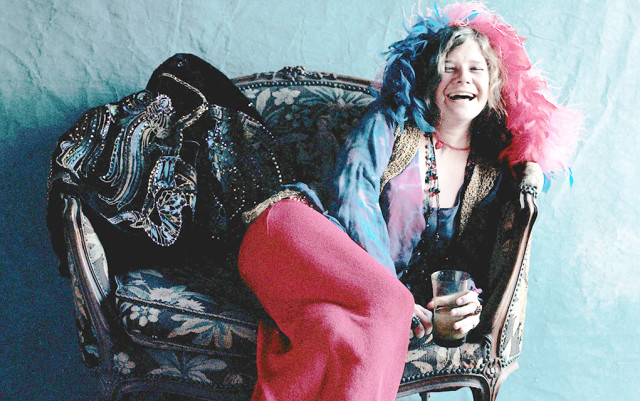 It was one of those moments. The kind where two historical figures crossed paths briefly and a simple exchange carries meaning greater than one could have perceived. He was Bob Dylan, already a major player in the rock ‘n’ roll world, and she was Janis Joplin, a young singer with the world in her sights.

Dylan’s retort turned out prophetic, and not just for himself or for Joplin, but for the whole of the ’60s counter-culture musical scene.

Janis: Little Girl Blue — the latest in a seemingly endless string of musical docs and narratives that fixates on that particular era of pop/rock music — traces the all-too short life of the singer with the bluesy heart. Directed by Amy Berg, Little Girl Blue assembles talking head interviews, archival footage and Joplin’s letters to her family to provide a portrait of that iconic voice and the ragged life that led to all that pain.

From Joplin’s humble beginnings in Port Arthur, Texas, to her pursuit of a musical career in San Francisco and death at the age of 27 from a drug overdose, Berg peers into the private life of a public figure and finds the girl who desired fame. Joplin found it in her bands — Big Brother and the Holding Company, Kozmic Blues Band, Full Tilt Boogie Band — and the men whose paths intersected with hers, both romantically and artistically — Dick Cavett, Jerry Garcia and David Niehaus. Plus, of course, the booze and drugs that Joplin was capable of putting away with a Herculean effort. Joplin certainly knew how to live it up, and it showed. Looking at images of her, it is baffling to realize that she was only in her mid-twenties. Her music suggests that she lived twice that, with thrice the heartbreak.

Many aspects of Joplin’s life are far too common. As many of the interview subjects point out, her self-medication was due to a lack of romantic connections. They rely on old clichés: “she loved too much” or “that’s the price you pay, for doing art on that level.” But these are excuses not the reason why Joplin died of a drug overdose. The real tragedy of Joplin’s life was hidden in plain sight for the whole world to hear. Her pain was in her music, and Joplin exploited it to great effect.

Out of that short-lived career, a long grasp of empathy emerged, one that continues to connect with listeners 40-plus years later. It’s the sort of music people turn to when they are down and out and need to hear from someone who knows. But when the listener is done feeling sad, it is just as easy for them to turn the record off as it was to put it on. Joplin was denied that luxury. Her pain extended far beyond the confines of a three-and-a-half minute pop song. For many artists, the act of creation is a chance to exorcise personal demons. For Joplin, it only provided more fuel for the fire.