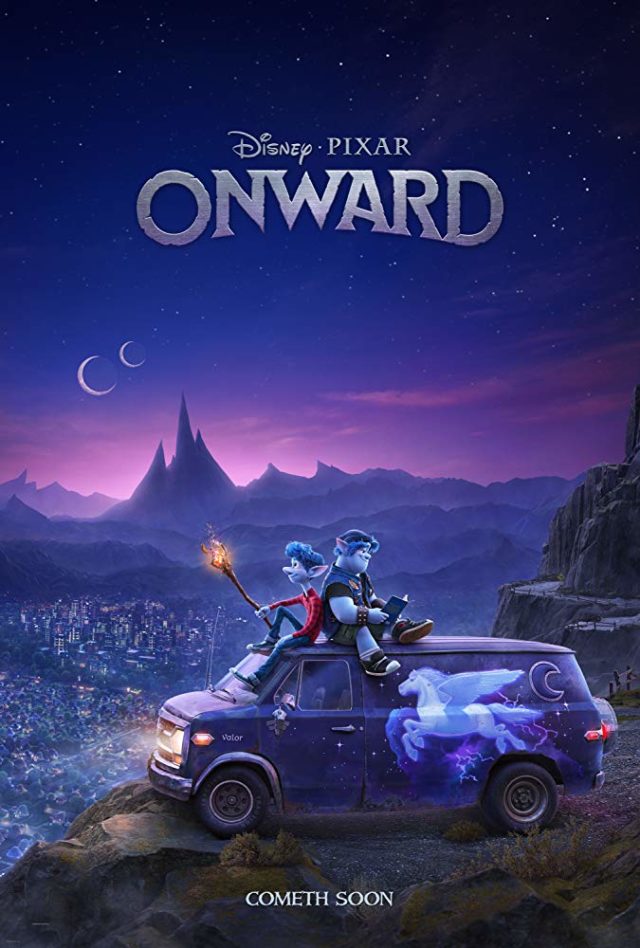 Once upon a time, the world was filled with magic and wonder. But that was “once upon a time.” Nowadays, the world is dull and boring and routine. For Ian Lightfoot (Tom Holland), school is a drag, the dog, err, dragon is a hyperactive pest, and older brother Barley (Chris Pratt) loafs about listening to too much hair metal and playing tabletop role-playing games. But then a magical staff and an incantation spell show up, and all hell breaks loose. Ian’s dad was a wizard, which means Ian might be one too. And, if Ian can find a Phoenix Gem and say the spell correctly, he’ll be able to summon the dear-old dad he never got to meet. Onward is a rote story, but Pixar tries to jazz it up by setting it on a fantasy planet populated by elves, pixies, dragons and manticores. The jabs at soul-consuming commercialism work well, as does an exhilarating chase down a freeway, but with so little at stake, the desire to see the Lightfoot brothers succeed takes a backseat to the stunning visuals and detailed animation. If you’re hankering a game of catch with dad, Onward will tug on those heartstrings. If you’re not, then at least the pictures are pretty.