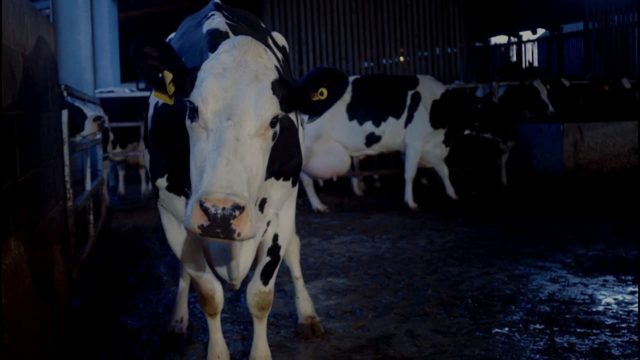 There’s no such thing as an American anymore. No Hispanics, no Japanese, no Blacks, no whites, no nothing. It’s just rich people and poor people.” That’s the line David (a slick and oily Jeff Goldblum) feeds drug kingpin Hector (René Assa) at the climactic confrontation of 1992’s Deep Cover.

But Hector knows David is just looking for something philosophical to hang his hat while trying to cut Hector out. It’s as if The Godfather’s “nothing personal, strictly business” and Bonfire of the Vanities’ “master of the universe” metastasized into a systemic cancer we’re still trying to excise.

But Deep Cover isn’t about David or Hector; it’s about the third man present: undercover narcotics agent Russell Stevens (Laurence Fishburne). Russell, under the name John Hull, hooks up with David, who has an in on a wholly synthetic designer drug, one he can peddle to the rich and the poor without having to rely on overseas imports. He’s Iago to Russell’s Othello, and David’s twice as tempting.

Directed by Bill Duke, Deep Cover is a rich and satisfying film anchored by Fishburne and Goldblum’s performances and given weight thanks to Russell’s ongoing moral crisis of surviving a world that forces you to become the worst version of yourself. It’s a movie more people ought to see. It’ll be playing CU-Boulder’s International Film Series (IFS) on Friday, April 8, at 7:30 p.m.

Somewhere in England, a beautiful Holstein gives birth. There’s nothing unusual or complicated about the delivery, just another day on the farm. The mother cleans her newborn calf, feeds it, and when it is old enough, the young calf is separated from the mother. The mother cow calls after her baby in pain, but this is more supposition than fact. The mother may be bidding adieu and giving advice for all I know.

Directed by Andrea Arnold, Cow follows the mother as she lives on this farm, births at least one more calf, gets milked regularly and then finds the end awaiting every animal in food production. Cow is less a documentary about livestock as it is a nearly wordless look at life in captivity.

The calf gets the rougher part of things. Separation, tagging, antibiotics, horn burning—life’s a struggle. Momma cow, on the other hand, looks resigned. If she were an animated character in an episode of The Flintstones, you’d half expect her to look into the camera while an industrial suction cup slurps away at her udders and say, “It’s a living.”

Arnold provides no commentary and no argument beyond simply watching these two cows. Daily life looks cruel and heartless, but a few moments of relief for our noble bovine, where she gets to wander in a pasture of fresh green grass and plenty of sunshine, look bucolic. It almost makes you wonder if Arnold is making a movie about cows or about us.

That Cow could be seen as allegory or documentary speaks to the strength of Arnold’s movie. There’s plenty here that will put a few viewers off an animal diet, but others might also see this farm as something worth aspiring to. If you’ve ever driven past the feedlots of Fort Morgan, then you know that the cows in Arnold’s doc have it pretty good—for a while, at least. Screening at the Dairy Arts Center’s Boedecker Theater, April 13-17.