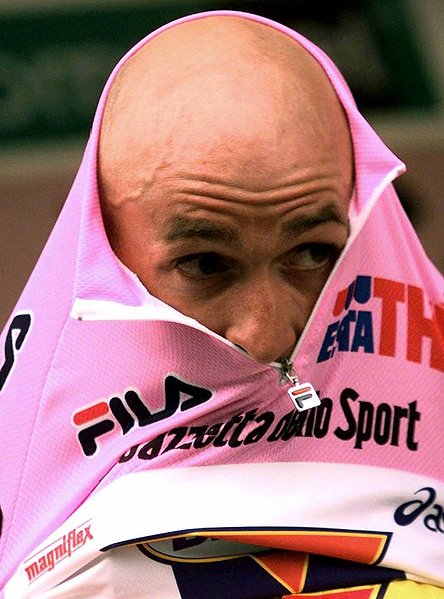 All it took was Lance Armstrong and a very successful “Bike to Work” campaign and cycling became more popular than ever. Especially in Boulder where the cycling community is positioned to overthrow every last automobile on Broadway. On Sunday, August 24, Stage 7 of the USA Pro Cycling Challenge will own the streets of downtown Boulder, and the Dairy Center is here to prepare you with a documentary on the fast life and tragic end of famed Italian cyclist, Marco Pantani: Pantani: The Accidental Death of a Cyclist, which will play August 20 to 23.

Despite the fact that Pantani perpetually looked like a scrawny 40-year-old who went bald over a decade ago, he was one of the strongest riders there ever was. He could go from last to first in a matter of 200 meters, beat everyone on the climb, risk everything on the descent and end up smiling at the finish line. A Seabiscuit-like rider, Pantani preferred the back so that as he attacked, the suffering in the faces of those he passed would give him the strength to push past his own physical agony. It quickly became his trademark.

Pantani’s ability to overcome physical agony not only worked in his favor during races, but also served him during his greatest challenge: a horrific head-on collision in the 1995 Milano-Torino race. The police had failed to shut down the roads properly and Pantani rode full-tilt into a car while descending. The crash left his body broken and bruised and shortened one of his legs permanently. Pantani promised to return, and he did, one year later. He placed third at the ’97 Tour de France and in 1998 he won the Giro d’Italia and the Tour of France, a feat no one has accomplished since, and something Lance Armstrong never attempted.

However, as the title alludes, Pantani’s life did not end on a high note.

“Today, I don’t associate cycling with winning,” Pantani said in an archived interview. “I associate it with terrible, terrible things that have happened to me and people close to me.”

In 1999, while Pantani was leading the Giro d’Italia, he tested positive for blood doping and was ejected. Pantani pleaded his innocence, but the black mark never washed out. On February 14, 2004, Marco Pantani was found dead of acute cocaine poisoning. He was 34.

Director James Erskine constructed his documentary primarily from interviews with family, friends, trainers and competitors and supports these stories with archival footage. Erskine also attempts to compliment Pantani with a fair amount of additional photography and staged re-enactments, an effort to add visual stimulation to the stories being told that doesn’t quite work. The abstract images of tires, gears, roads and terrain add a nice touch, but the dramatized moments of Pantani’s life are overly melodramatic and unnecessary.

Pantani works best when it keeps its focus on Pantani, but — as one might expect — the second half of Pantani gives way to the constant issues of drug use and doping that permeate cycling. Pantani also invokes the dark cloud of conspiracy that may be there, or may have been fueled by Pantani’s paranoid cocaine binges. One thing is certain, when Pantani had to drop out of the 2000 Tour de France due to stomach cramps, he handed over the yellow jersey, and the mantel of the sport, to Lance Armstrong, and we all know how that story played out.