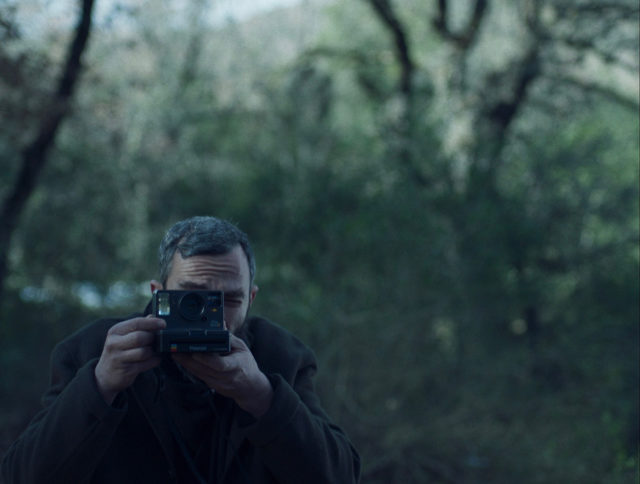 The 43rd Denver Film Festival concludes Sunday, Nov. 8, with plenty of good stuff to see before then. There’s just never enough time to watch them all, but here are two programs not to miss before the fest goes dark.

Let’s start with Apples from Greek director Christos Nikou. It’s the closest thing we’ll get to an art-house hit in 2020, and the premise is so bonkers it feels real: There’s a pandemic goin’ ‘round, and it’s claiming memories. How and why are never explained. All we know is that it strikes suddenly, attacks without prejudice and causes immediate amnesia. It hits Aris (Aris Servetalis) while he’s riding the bus, causing him to miss his stop. “Which stop did you want?” the driver asks when he sees Aris still sitting there after the bus pulls into the station. Aris doesn’t answer. The driver asks another, “What’s your name?” Aris replies with a silent stare. “I’ll call an ambulance,” the driver says with familiarity.

With no identification card to notify next of kin, no memories to draw on and no past to speak of, Aris enters a recovery program that assigns him a series of daily tasks and a Polaroid camera to document them with a hope that Aris will build a new life and flourish. Aris is dutiful in the program, but he’s also detached. There’s a sense that something beyond his misplaced memories has broken his spirit — an irrevocable loss well beyond middle-age loneliness. His only comfort: apples, which he eats by the bushel. “Yes,” a grocer says when he sees Aris stocking up on the ruby-red fruit, “good for the memory.”

Whether or not Aris intends to keep his memory sharp is a question left to the viewer. It certainly seems as if Aris wants to hold at least one memory at arm’s length — a feat director Nikou achieves aesthetically throughout the film. His color palette is cool; his framing is plain. No character behaves with recognizable emotion beyond curiosity, and the world around Aris feels depopulated. Greece has never looked this empty. But the world has never felt this hollow, and it’s fortuitous that Apples is reaching audiences at the exact moment when the story on the screen matches the world surrounding it.

There’s plenty more to say about Apples, but that’s a discussion best left ’til after the movie. Instead, we’ll turn our attention to the documentary shorts program. All six are good and can conveniently be divided into three categories. Do Not Split and Unforgivable are fly-on-the-wall observations of current events, Betye Saar: Taking Care of Business and Halpate are works of portraiture, and The Shawl and Mizuko are documentaries by way of personal essays. Those last two, from filmmaker Sara Kiener and directors Kira Dane and Katelyn Rebelo, respectively, are two of the best movies — long or short — playing this year’s festival. Both are animated, and both are so effective, to summarize them here would be a disservice to their technique.

ON THE BILL: Both Apples and the Shorts 2: Documentary are playing the virtual Denver Film Festival until Nov. 9, dff.eventive.org.