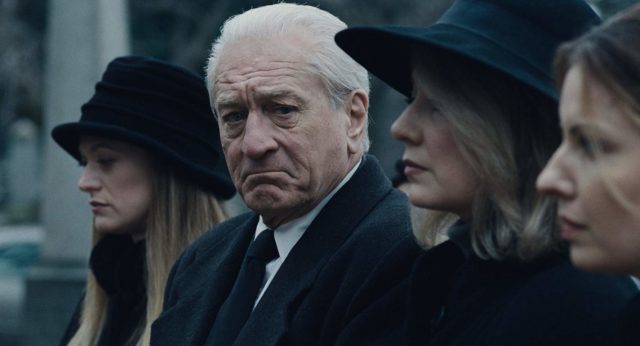 No matter how corrupt, greedy, and heartless our government, our corporations, our media, and our religious and charitable institutions may become, the music will still be wonderful.
—Kurt Vonnegut, A Man Without a Country

One of the best scenes in one of the best movies of 2019 occurs one hour into Quentin Tarantino’s nearly-three hour-long opus, Once Upon a Time…In Hollywood. In it, cowboy actor Rick Dalton (Leonardo DiCaprio) shares a quiet moment between set-ups with a fellow actor (Julia Butters). She is 8; Dalton is approaching middle age. She refuses to give her real name, choosing to stay in character even when the cameras aren’t rolling. Dalton is just trying to keep it together; his veins sodden, his mind polluted with eight whiskey sours. He’s not at rock bottom, but he’s close. Somewhere, The Rolling Stones warm up finger snaps and a jaunty marimba roll: You don’t know what’s going on…

Dalton pulls out a paperback. What’cha reading, she asks. Just a Western, he explains, the story of a broncobuster named Tom Breezy — but everybody calls him “Easy Breezy.” He continues: When Easy Breezy was in his 20s, he was at the top of his game. Now, in his late-30s, Breezy takes a bad fall and injures his spine and hip. Spending more of his days in pain than not.

“Jeepers, this sounds like a good novel,” she says.

“’Bout midway,” the 45-year-old says without a hint of irony.

“Well, he’s not the best anymore,” Dalton continues. …You’ve been away for far too long… His eyes drift upward; his words take on a poetic air. He speaks from the heart. Maybe he’s making it up, spinning a second-hand tale of his own life. Or maybe it dawns on Dalton that there’s more than a touch of Easy Breezy in his own life.

“He’s coming to terms with what it means to be slightly more” — his voice breaks — “slightly more useless.”

Set mostly on two days six months apart in 1969, Once Upon a Time is an elegy of America midway through the 20th century. The first day, Feb. 8, is beautiful, sunny and full of promise. Dalton is staring down the back half of his career, but hotshot director Roman Polanski (Rafal Zawierucha) and wife Sharon Tate (Margot Robbie) have moved in next door.

“Who knows what could happen?” Dalton says with a chuckle. “I could be one pool party away from starring in a new Polanski movie.” Things are looking up.

Then comes Aug. 8, 1969 — a date etched in history as the day when the promise of the counterculture, the hippie movement, and a general sense of security unraveled. Tarantino punctuates every moment, every action, every thought while slowly lowering the sword of Damocles over the Hollywood Hills.

If you know your history, then you know this is the night three Charles Manson minions — Tex Watson, Susan Atkins and Patricia Krenwinkle — wound their way up Beachwood Canyon, entered the home at 10050 Cielo Drive and brutally murdered Abigail Folger, Jay Sebring, Wojciech Frykowski and Sharon Tate. Tate was eight-a-half-months pregnant at the time and, according to reports, pleaded with Atkins and Watson to spare the life of her child, offering herself as a hostage. They stabbed her anyway, 16 times in total, slaughtered her unborn child, and scrawled the word “pig” with her blood on the front door.

Manson wanted a race war. He told them to make it look “witchy.” They succeed, and 50 years later there is still something witchy, something ghoulish, about that night. America was almost 70 years into a century plagued by death and destruction, yet this act pulled down a façade of security. The age of innocence had come to an end.

Critic Manny Faber said every movie transmits the DNA of its time. How fascinating to think that the movies of 2019 — obsessed with the specificity of the past (and the specificity of time-passing) — would focus so heavily on finality. The world may not be ending, but something is. Be it innocence (Once Upon a Time, Little Women, The Last Black Man in San Francisco), decency (Joker, Parasite), a way of life (The Irishman, Marriage Story), even life itself (The Farewell, A Hidden Life, Varda By Agnès).

There’s more than a tinge of melancholy in every movie; they are, after all, composed of past tense images delivered presently. What we see is simultaneously happening and has happened. …you’re out of time… Even joyous movies like Greta Gerwig’s Little Women, bursting with life and energy, takes place in the long shadow of the Civil War. …I said… In the movie’s most moving moment, Beth (Eliza Scanlen) visits the home of Mr. Laurence (Chris Cooper) to play a piano that’s been silent for years. …baby, baby, baby… Mr. Laurence’s daughter used to play, but she died. Beth knows this when she takes the stool, but she can’t know that Mr. Laurence is on the stairs in the adjoining hallway listening. She can’t see his heart break as she twinkles out Robert Schumann’s “Scenes From Childhood.” But we can. The souls of the dearly departed will never be forgotten, and they will never return. …you’re out of time…

And then there’s the moment when Laurie (Timothée Chalamet) realizes he will never be Jo’s (Saoirse Ronan). Or she his. And nothing he says will change that. …the girl who wants to run away… Laurie is crestfallen, and, in perfect movie fashion, rattles off a list of future accomplishments Jo has before her, and he does so without stumbling or stuttering, even as he starts to cry, the knot in his chest tightening.

…it’s no good thinking that you are still mine…

We watch as Franz Jägerstätter (August Diehl) condemns himself to death by not pledging allegiance to the Führer in A Hidden Life. We watch as the burden of Jägerstätter’s noble sacrifice weighs on his wife (Valerie Pachner) and daughters.

…You’re out of touch, my baby…

We watch as Charlie (Adam Driver) moves fake plants around his crappy Los Angeles apartment trying to make it look like a real home so he can retain joint custody of his son in Marriage Story. We watch as Nicole (Scarlett Johansson) holds her lawyer (Laura Dern) in rapt attention while recounting her side of the story.

And we watch as two families, one impoverished the other opulent, battle each other and what lies beneath in Parasite — an acerbic comedy about class division. …I said, baby, baby, baby… Parasite won the Palm d’Or at the Cannes Film Festival in May. …you’re out of time… A few months later, Joker — an enthralling and downright unsettling look at the making of an incel icon — took home the Golden Lion at the Venice Film Festival. Could two movies better describe where we are in 2019 than Parasite and Joker?

We watch as Héloïse’s (Adèle Haenel) heart breaks a thousand times in Portrait of a Lady on Fire’s final shot — the most stirring image of 2019. …My poor, discarded baby… We watch as the great Agnès Varda bids adieu to the world the only way she knew how — with a movie.

And we watch as Frank “The Irishman” Sheeran (Robert De Niro), aged and infirmed, confesses to us from a nursing home at the twilight of the 20th century. Cancer will get him soon enough, but before that happens, Sheeran has a story to tell. Of war and gangsters. Of lawyers and Teamsters. Of loyalty and reward. Of friendship and duty. And of betrayal so significant, Sheeran will never rest easy. …Baby, baby, baby… He sleeps with one eye open, and the door left slightly ajar.

…you’re out of time…

Can a movie stop the inevitable? Of course not. Even when filmmakers try to rewrite history, to intervene in the most humane way possible, they can never seem to keep death out. It still manages to sneak in.