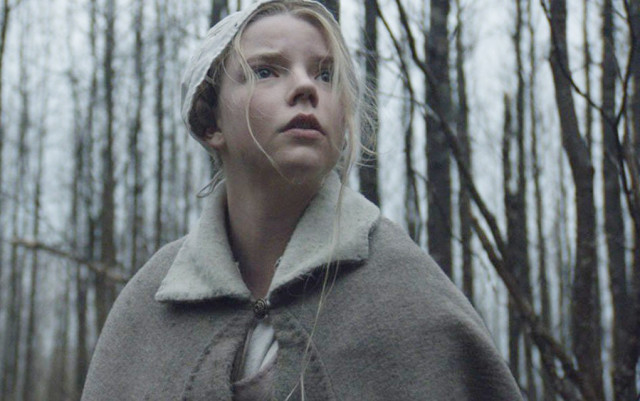 Two options: 1 — People legitimately loved The Witch after it screened at Sundance and have hyped it because of a passion I simply can’t understand. 2 — Y’all are just straight-up messing with me.

For the second year in a row, I find myself gobsmacked, dumbfounded and stupefied by praise for a movie I not only did not enjoy but violently, profoundly hated. Last year, It Follows was beloved by reviewers and on social media despite being a lame-ass, ignorant snooze-fest whose “terror” hinged on a creature slowly walking at people. This year, The Witch is being hailed for being as menacingly terrifying as it is meticulously constructed. Folks, the scariest thing in this movie is the state of early American pilgrim hygiene, and the best performance is by a goat. I should point out that those who love the movie use that second part as a selling point (I’m serious).

The biggest magic The Witch has to offer is making 93 minutes feel like the rest of your natural life. In New England in the 1630s, William (Ralph Ineson) moves his wife, Katherine (Kate Dickie), and children from the relative safety of a plantation into the wilderness. Thomasin (Anya Taylor-Joy), the eldest daughter, is watching her newborn brother when he is suddenly taken by a creature from the woods, who does things you don’t want to see done to a baby. The family then slowly, ploddingly endures torture by a woodland witch, most of which involves writhing around and talking gibberish. And there’s a goat that may be the devil.

Whatever tension that’s supposed to be caused by sympathy for the family’s suffering quickly disappeared in me as I longed for something, anything, to happen to any of them… even the children. If you’ve longed for scenes of “pilgrims washing clothes in a stream” or “tense arguments at the dinner table about a cup,” The Witch is as scintillating as advertised. Even the compassion that should be felt for young people who are totally, obviously going to get effed up by supernatural badness is absent. The first time we meet Caleb (Harvey Scrimshaw), an early target of the witchy woman, he’s trying to get a glimpse of his sister’s boob. I’m not saying that means he should be fed to the dark lord Satan, it’s just that I kinda don’t care if he is.

Because I won’t spoil a movie, even if I hated it, I can’t go into why I think the ending is codified misogyny that hinges on a binary depiction of women as virgins or whores. Just know that those who dismiss that reading and criticism are doing so against bulletproof evidence. So, in addition to being as thrilling as Amish butter churning and less frightening than a GOP presidential debate, its central thesis is fairly reprehensible.

I am mad at the people who made The Witch.

I am mad at the people who told me to see The Witch.

I am mad that The Witch exists.

Next year, when you try to convince me that some indie flick called The Demon in My Urethra is arthouse horror genius, I’m not falling for it.