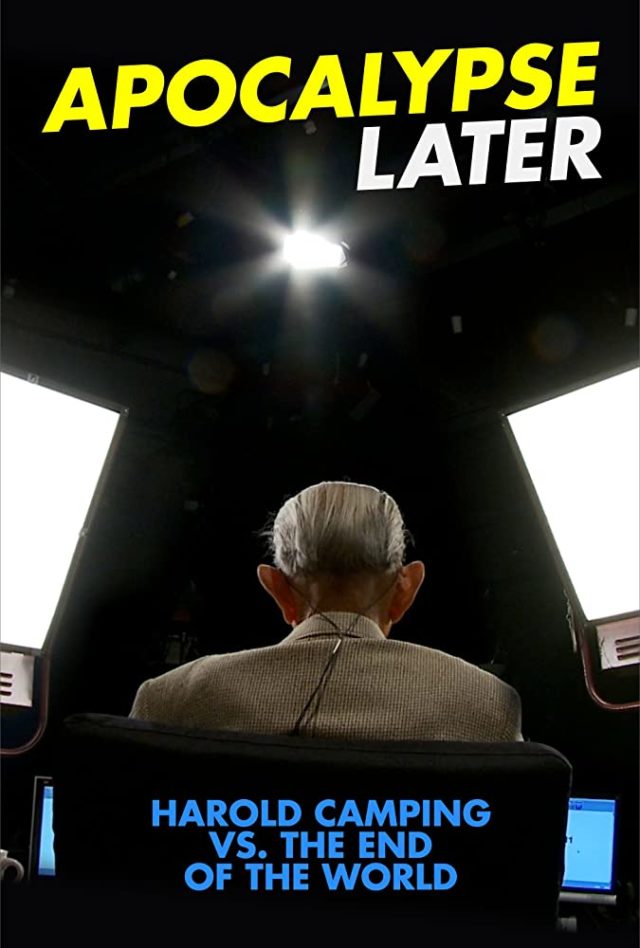 Apocalypse Later: Harold Camping vs. The End of the World
As 2010 drew to a close, TV preacher and Biblical mathematician, Harold Camping, predicted the world would end on May 21, 2011. Or on Oct. 21, 2011. Whichever. Most saw him for the crackpot he was, but those “Save the Date” billboards sure did scare the crap out of a lot of people. And from public panic to Camping’s calm, Zeke Piestrup’s documentary is positively captivating. It seems like you can’t go a decade without a good end-of-the-world scare. On Amazon Prime

After the Storm
Ryota is a successful novelist, but he’s also a louse of a son, a failure as a spouse and a flop as a father. But he needs a place to stay. Typhoon’s a-coming and his mother, ex-wife and estranged son will have to let him ride it out in their cramped little apartment. It’s quiet, sweet and surprisingly hopeful — just the sort of story you’d expect from Japanese maestro, Hirokazu Kore-eda. His latest, The Truth, will hit theaters after this storm passes. Until then, give After the Storm a stream via Kanopy.

American Factory
Winner of the 2019 Oscar for Best Documentary, American Factory tells the tale of a shuttered Ohio auto plant brought back to life thanks to Chinese investors (sort of). In today’s world and today’s economy, there’s no such thing as local, no matter how hard we want to believe. On Netflix.

The Housemaid
Dong-sik Kim just needed a little extra help around the house. He’s busy working at the factory during the day, composing music at night. His wife takes care of their two kids, but when she becomes pregnant with their third, help must be hired. Enter Myung-sook, young, attractive and completely unhinged. At first, you think Myung-sook is a stock femme fatale, but then she becomes so much more. Claustrophobic and relentless, ‘The Housemaid’ is the perfect intersection of noir and horror, and one of South Korea’s greatest films. Parasite got you hankering for more? The Housemaid is at The Criterion Channel.