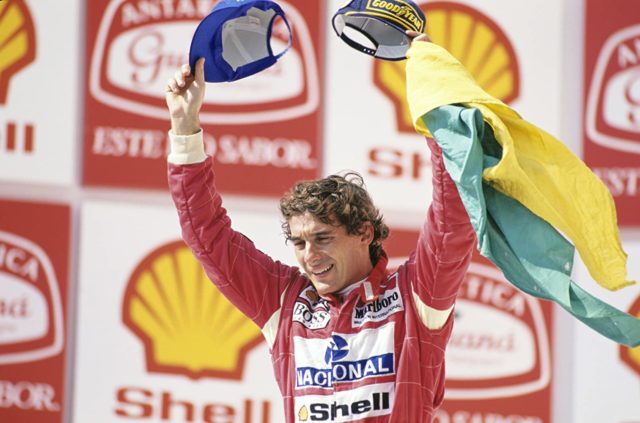 It’s the third Thursday in March, and under normal circumstances, we’d be steeped in March Madness right now.

You’re probably reading this at home. And not because you took the day off to watch a weekend of half-court heaves, buzzer beaters, 12-5 upsets and Cinderella stories come to life. No, you’re at home because that’s where you should be during a pandemic — as are the players and the coaches, the footballers and the drivers, pitchers and catchers, even free agents looking for a payday.

The wide world of sports has come to a screeching halt, so we turn to movies to recreate the experience, the thrill, the elation of watching something unfold in the present tense. And for that to work, the story must be executed with style. It must make us forget that what we’re seeing has already been fixed in the history books.

For this, we turn to Asif Kapadia, the London-born filmmaker who broke onto the cinematic stage in 2010 with his superb documentary, Senna, about the Brazilian Formula One racing champion, Ayrton Senna.

Composed from archival footage and interviews, Kapadia constructs Senna without commentary or contemporary reflection. Every image situates you between the years of 1960 and 1993, placing you in the mindset of the time, of the fans and of the racers. Kapadia even places you in the car with Senna, racing around corners and crashing into railings.

You don’t have to know a lick about racing to become completely engrossed by Senna. Ditto for soccer and Diego Maradona, Kapadia’s 2019 documentary about the legendary Argentina footballer.

Similar to Senna, Kapadia constructs Maradona from over 500 hours of archival footage, and audio interviews with Maradona himself. And, like Senna, Maradona is an exploration of how one player can elevate and transform the game while simultaneously taking himself down the typical path of destruction.

Using grainy video footage — a thing of beauty — Kapadia constructs Maradona’s matches in images the way Ernest Hemingway recounted bullfighting with words. Rarely does Kapadia rely on high-angle shots to present the pitch and how the players relate to each other: His interest is Maradona. And Kapadia finds the camera closest to him, often tracking him from the sidelines, Maradona obscured by other players. But, then, he breaks free — bursting through the group, Maradona barrels down the pitch toward the keeper, his long, curly mane holding desperately to his scalp.

One such shot arrives during the 1986 World Cup quarterfinals. Maradona, decked in Argentina’s blue jersey, trucks his way from one side of the field to the other, splitting defenders left and right, seemingly running through and around every single player on England’s team. Announcer Victor Hugo Morales builds into a fever pitch of screams and adulations, and Maradona scores the game-winning goal.

Watching an accomplished performer is one of life’s greatest pleasures. But to witness genius in action is to feel the tingle of the divine.

ON THE BILL: Stream Senna via the Starz app; Diego Maradona is available on DIRECTV, Kanopy and HBO Now.