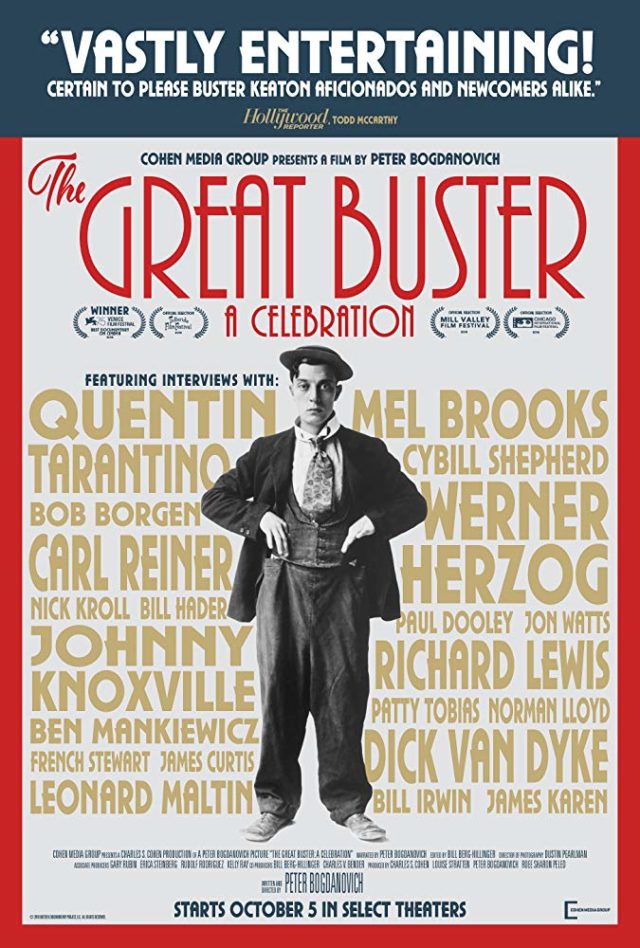 Before he was a filmmaker, Peter Bogdanovich was a critic and historian par excellence. Coming of age as the first wave of Hollywood filmmakers were being put out to pasture, Bogdanovich sat at the feet of the men who made the movies and fell in love. Among those titans he admired, Buster Keaton stood tall, and Bogdanovich’s latest documentary, The Great Buster: A Celebration lovingly dissects Keaton’s infamous and death-defying stunts. Nicknamed “The Great Stoneface” for his ability to remain calm and cool in hairy situations, Keaton was one of cinema’s greatest clowns, and his fans are legion. Bogdanovich gathers a number of them, interviewing everyone from Werner Herzog to Johnny Knoxville to weigh in on Keaton’s ceaseless appeal. The Great Buster is a must for anyone with half an interest in the early days of cinema, required viewing for today’s aspiring cinematic storytellers.

These pictures of you