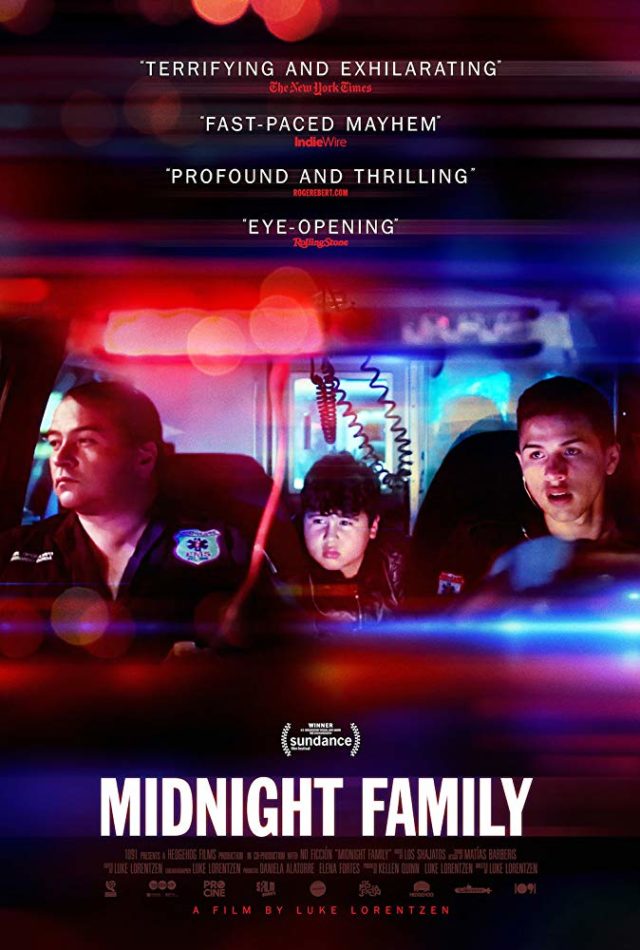 Mexico City is home to 9 million souls, but the government operates fewer than 45 ambulances to aid them in times of need. To fill the gap, an entire underground industry of for-profit ambulances has cropped up. None are regulated, most are unlicensed physicians with little to no training, and all of them are in competition with one another. First on the scene gets the injured, which has created an unholy system of police bribes and partnerships with private hospitals. None of which seems to be in the patient’s best interest. Produced, directed, shot and edited by Luke Lorentzen, Midnight Family follows the Ochoas — an uncle, a father and his two sons — as they stalk the streets of Mexico City waiting for tragedy. Lorentzen embeds himself with the Ochoas, racing along with them in the ambulance as they hurtle down crowded streets toward car crashes, asphyxiated infants and a young girl who fell four floors. It’s exhilarating filmmaking, and at a brisk 81 minutes, you’ll be in the parking lot, halfway to your car, before the ethics of it finally catch up to you.