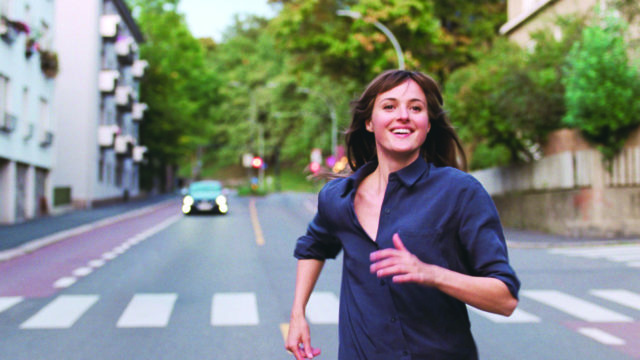 For the second year in a row, the Sundance Film Festival returns to Colorado. Well, to anyone with an internet connection and a movie ticket, really, because Sundance ’22 (January 20-30) is once again rolling out the virtual red carpet with 82 features from 28 countries for moviegoers far and wide to discover.

“We look forward to celebrating this generation’s most innovative storytellers as they share their work across a wide range of genres and forms,” Sundance Institute founder and president Robert Redford said in a press release. “These artists have provided a light through the darkest of times, and we look forward to welcoming their unique visions out into the world and experiencing them together.”

And there’s plenty to look forward to. From opening night’s Lucy and Desi—a new documentary from Amy Poehler about the 20th-century power couple—to the timely TikTok, Boom: a close look at the social media platform changing the way people live their lives digitally. TikTok, Boom is director Shalini Kantayya’s return to the festival. Her previous doc, Coded Bias from Sundance ’20, tracked how facial recognition software employed racial profiling and erasure. That movie is a strong piece of work, one well worth your time (it’s currently streaming on Netflix), and makes TikTok, Boom one of the docs I’m most excited to see.

What should you be excited to see besides TikTok, Boom? Start with The Worst Person in the World (available starting January 21). It’s phenomenal. Directed by Joachim Trier and starring Renate Reinsve—who won the Best Actress Award at the Cannes Film Festival when the movie premiered in 2021—The Worst Person in the World is a beautiful and heartfelt romantic comedy about finding your place in the world. Trier moves assuredly through his story as Julie (Reinsve) restlessly and passionately moves from a career in medicine to psychology to photography, from Aksel (Anders Danielsen Lie) to Eivid (Herbert Nordrum), and from romance to responsibility. It’s a powerhouse of a movie, one that depicts the nebulous transition from Julie’s 20s to 30s without either inflating her importance or chastising her doubts and choices. Reinsve is a revelation (her performance is among the best of the year), and Julie’s morning run through the streets of Oslo is a breath-taking moment of pure cinematic poetry.

Not everything at Sundance ’22 will be as good as The Worst Person in the World. A few might, but there will be plenty of interesting concepts hampered by poor execution and just as many that are crap. A few won’t even feel like movies—more like a fever dream that burrows deep into your brain, only to reemerge months down the road when you see a coming soon poster or trailer. It will all come back to you in an instant, as will the memory of sitting there and seeing something truly remarkable for the first time. That’s the real beauty of a film festival.

ON THE BILL: The Sundance Film Festival, January 20-30. A full lineup and tickets are available at festival.sundance.org.