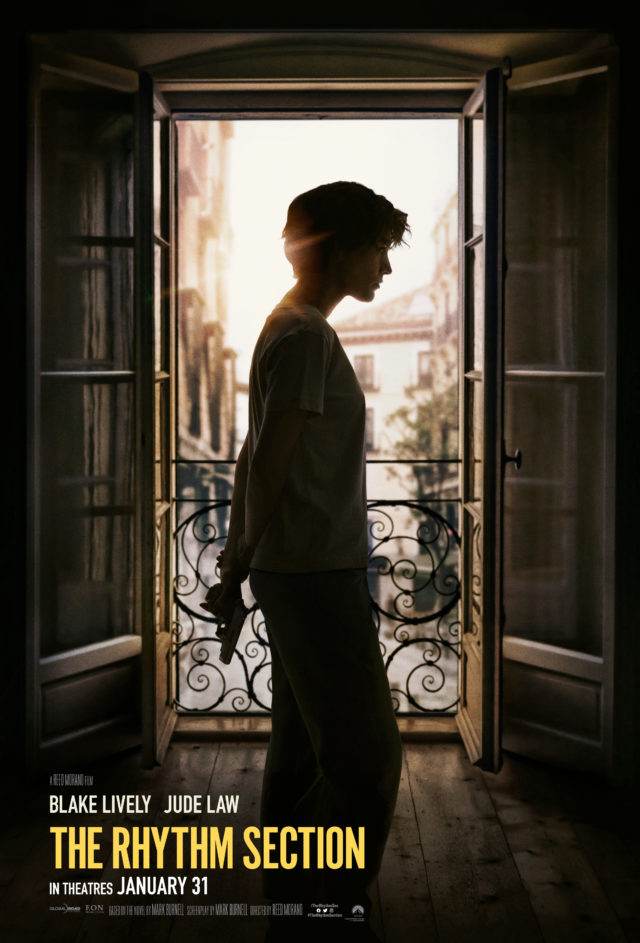 As the Confucian proverb goes: “Before you embark on a journey of revenge, dig two graves.” Unfortunately for Stephanie Patrick (Blake Lively), she’s going to need more than two to get through this. Three years ago, her family was killed by a terrorist, and now she wants revenge. To get it, she’ll team up with an ex-MI6 agent (Jude Law) and rogue intelligence from CIA agent (Sterling K. Brown) to untangle a web of lies and deception, only to find herself entangled in something much deeper. Death begets death, lies beget lies, and no one comes out clean. Directed by noted cinematographer Reed Morano, The Rhythm Section, adapted from Mark Burnell’s novel of the same name, exists in the cinematic neighborhood down the street from the Bourne series, but manages to find its own way some of the time. Some of the time it doesn’t. And some of the time it drags. Lively provides physicality to a role that offers little more than pained looks, Law brings a pleasant snarkiness, and the movie’s central car chase is a highlight.