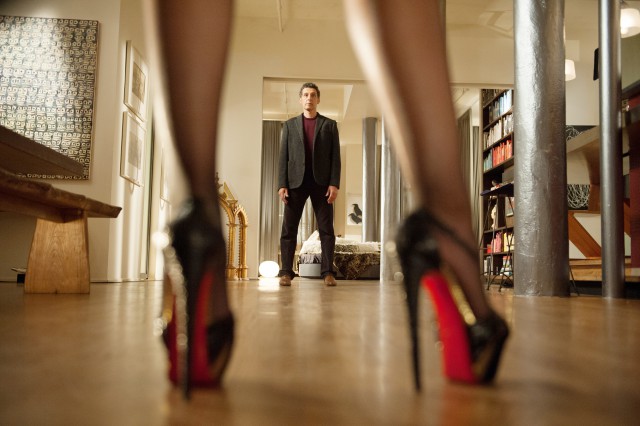 As the Boulder International Film Festival (BIFF) celebrates its 10th anniversary, founders Kathy and Robin Beeck have much to celebrate.

The 10th festival, taking place Thursday, Feb. 13 through Sunday, Feb. 16, includes almost 60 films, 12 musical acts, dozens of directors and other special guests, six films nominated for Academy Awards, and four films coming directly to BIFF from Sundance. There are several milestones, too. This will be the first BIFF to show movies on a digital cinema projector — the movie industry’s new, expensive standard for exhibiting films — and the first festival to show a 3-D movie. RealD — which makes the technology used in most 3-D theaters — is outfitting the Boulder Theater with a special screen and projector and is providing 800 pairs of glasses for the screening of the Oscar-nominated short “Mr. Hublot.”

And of course, there are the parties. Preceding the opening night film, Fading Gigolo, on Thursday, Feb. 13, there are not one, but two parties. Toss in the various filmmaker lounges and V.I.P. parties and everything else that can happen when 20,000 people come to your film festival, and the weekend sets up to be a wild one.

“We like our parties,” Kathy Beeck says, sitting across from her sister Robin in a conference room at BIFF’s headquarters in a building off Broadway and High Street. “I always think the parties are so important because that’s where you do the networking, you know. If you don’t have parties, you just walk out of Ida [screening at 2:30 p.m. at the First United Methodist Church on Friday, Feb. 14] and you don’t even talk about it, you just go home. You need to go to somebody, ‘Did you see Ida? What did you think?’” And the Beecks are master networkers. They have to be in order to make a festival of this size work. A small battalion of volunteers helps coordinate the festival (for example, someone from Google will coordinate a video conference call during the “Global Town Hall” event).

Robin Beeck points out that having 10 years’ worth of contacts helps fill out the program. Filmmaker Jeffrey Radice first screened a documentary short at BIFF in the festival’s early years; this year, his feature-length No No: A Dockumentary screened at Sundance. Having known him for years made convincing him to bring the film to Boulder an easy sell, she says.

“I think our programming has just gotten better and better every year, and I think people, looking at our ticket sales, now trust that when they buy a ticket, they’re going to get something. They trust the program, which is exactly what you want,” Kathy Beeck says. “And that’s really the mark of 10 years of a lot of work on Robin’s part to put together and build relationships.”

This year, the sisters are giving actress Shirley MacLaine a Career Achievement Award, and the actress will accept the award on Saturday, Feb. 15, at the Boulder Theater. MacLaine has acted in almost 50 films and won an Academy Award for Best Actress in 1984 for Terms of Endearment, her sixth time being nominated for the award.

Ten years is a long life for a film festival. And if this year is any indication, Boulder residents have much to look forward to next decade.

Unexpected capitalism on the Oregon Trail