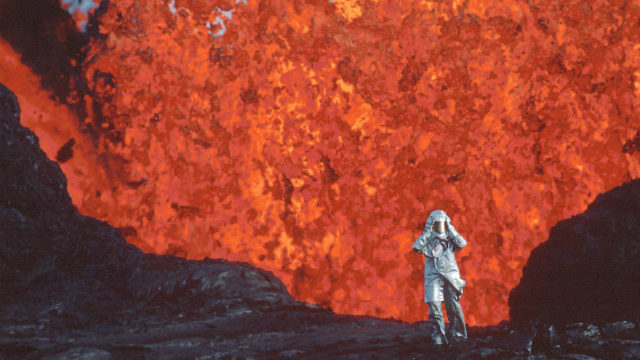 And it doesn’t have to be in a grand sense either. Take Cha Cha Real Smooth, writer/director/star Cooper Raiff’s sophomore effort, for starters. About halfway through Raiff’s comedy of a college grad gigging as a bar mitzvah party starter, you can read this banner in the background: “Nicky’s Art-Mitzvah, 9/24/22.” Up until this point, I was so charmed by Raiff’s rom-com of a post-grad trying to figure out his next step while a single mom (Dakota Johnson) figures out hers, it didn’t even register that I was watching a contemporary story. That’s because Cha Cha looks nothing like our contemporary world: No virus, no masks, no pandemic. Just a handful of characters going about their business, worrying about little things, a few big things, and mostly how to communicate.

But back in the real world, it’s a different story. The pandemic absent from Cha Cha canceled all in-person events at the Sundance Film Festival—which concluded on Jan. 30—and pushed screenings virtual for the second year in a row. Also for the second year in a row, Apple TV+ snapped up the Audience Award winner in the U.S. Dramatic category for a favorable sum, which was—you guessed it—Cha Cha Real Smooth. Apparently, I wasn’t the only one won over by Raiff’s low-key charm.

And Raiff is far from the only filmmaker working in a discreet register these days. Several narratives screened at Sundance eschewed loud, cacophonous worlds bombarded by 24-hour news, advertisements and social media in favor of quiet stories free from external anxieties. I guess that makes them all fantasies in one way or another. Here are two more to put on your radar: After Yang, from director Kogonada, and Dual, from Riley Stearns. The former—the story of a father’s journey to repair his daughter’s android—is set in a future so serene, so soothing, it must be fiction. Between now and then exist Dual, another futuristic tale where clones replace their originals and the originals behave like carbon copies. And while After Yang is a drama and Dual a comedy, both explore the idea that advancing technology won’t fix anything; it’ll just prolong what we already have.

OK, that sounds a little bleak. Worry not: there’s enough poetry in After Yang and comedy in Dual to get you through. Ditto on both accounts for documentarian Sara Dosa’s Fire of Love, a reconstruction of French volcanologists Maurice and Katia Krafft’s life and love through their extensive archive.

Though the Kraffts were pioneers in volcano studies in the 1970s and ’80s, it was Maurice’s ability to play to the camera and Katia’s diminutive appearance in volatile scenarios that made them famous. Both took their work very seriously, but they knew that to make a real impact, you have to capture the public’s interest. That they did, which makes their story fit Dosa’s form perfectly: An intoxicating combination of art, science and romance that ought to play like gangbusters for Boulder audiences. It’s stunning stuff, expertly pieced together by editors Erin Casper and Jocelyne Chaput—winners of Sundance’s Jonathan Oppenheim’s Editing Award. National Geographic Documentary Films scooped up Fire of Love, which means those of you with a Disney+ login will likely find it on the platform this summer. But, if you can, this is one for the biggest window you can find.