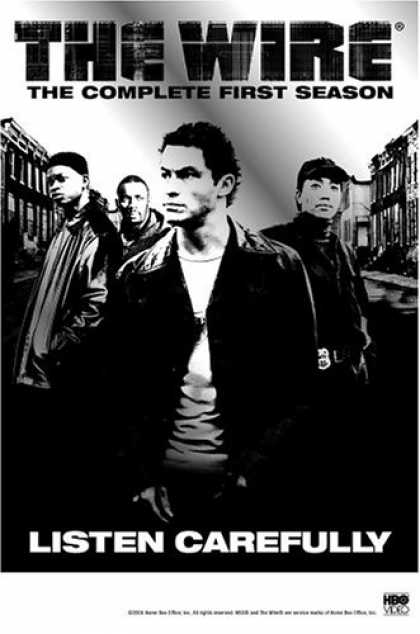 The 2000s signaled a new day in television. Gone were the mushy family sitcoms of yesteryear, as new, sarcastic comedy took their place. The hour-long, tear-jerking dramas were replaced by gritty, hard-edged realism while sentimental characters were consumed by a perpetually flawed, and sometimes downright rude lead. Still, the 2000s arguably produced some of the best television writing and acting the small screen has ever seen. Before you get your underwear in a bunch over the list, all of these shows began airing in 2000 or later (so sorry, no Sex & the City, Sopranos or South Park). Let the great debates begin.

10. Everybody Hates Chris — As he regularly joked in his stand-up routines, Chris Rock’s childhood was the source of comedic genius. His series chronicles the hilarious antics of a young Chris, who struggles to maintain his sanity at an all white school, while surviving the trials that come courtesy of a loving, but quirky family, is part Wonder Years, part Cosby Show, but all Chris. This show brought back the idea of a family sitcom to the small screen.

9. Entourage — Based very loosely on the life of the show’s producer, Mark Walhberg, HBO’s Entourage was this decade’s guy-version of Sex & the City. Men gathered around their flat screens like they were watching a Laker game, as Vincent, Turtle, Eric, Johnny and Ari Gold shared Stella’s, women and more women.

8. The Game — A spin-off from UPN’s popular comedy, Girlfriends, The Game took drama to an entirely new level. Created by Mara Brock Akil and starring Tia Mowry, the show’s realistic portrayal of the lives of football player’s girlfriends and wives and the ups and downs of relationships and sport’s life made it a fan-favorite, despite lackluster viewership. Smart, sassy and witty, The Game made such a rumble that fans took to the Internet to bring the show back when the CW cancelled it after three seasons (the network had placed it in the “death slot” — Friday nights). Word is, BET is picking it up in January for a fourth season.

7. American Idol — Yes, the neverending tears were sappy and Paula Abdul’s slurring praise for mediocre performances was just plain weird. Nevertheless, American Idol revised reality television and the pop charts all in one Simon Fuller-infested swoop. The show made Kelly Clarkson, Carrie Underwood, Jennifer Hudson and even host, Ryan Seacrest, household names. But more importantly, corny as it may sound, it made dreams come true.

6. Mad Men — Although AMC’s critically acclaimed hour-long drama debuted without much fanfare, it has quickly become one of TV’s most coveted. While the stylish drama definitely is appealing to the eye, the plot, acting and superior writing are what set this show, depicting the inner-making of a Ã‚Â´60s ad agency and the drama of their everyday lives, a decade winner.

5. The Office — A paper supply office in Scranton, Pennsylvania gets filmed for a reality TV show. Boring much? Despite the drab set-up, The Office was arguably the funniest 30 minutes on television. Based on the British sitcom of the same name, and propelled by Steve Carell’s understated comedic handlings, The Office actually deserves the title of “must-see” TV.

4. Six Feet Under — The idea of living in a house that also operates as a funeral home is a little creepy. A show about its occupants’ dreary lives sounds even creepier. But underneath HBO’s award-winning dark drama was heart, soul and humanity that extended well beyond the after life. Poetic storytelling, complicated characters and superior acting was the fire behind Alan Ball’s creation. Add that to the most creative death scenes ever at the beginning of each show, and one of the best finales in television history, and you have a series that was literally to die for.

3. Chappelle’s Show — Remember Rick James, bitch? How about the blind KKK member who didn’t know he was black? Or what about the time Wayne Brady had to choke a bitch? With the intelligent storytelling of Richard Pryor and the social perception of Chris Rock, Chappelle’s Show became the best thing to ever hit Comedy Central and a certified pop culture phenomenon when it first aired in 2003. $50 million, a murdered contract and one voyage to Africa later, Chappelle remains one of the funniest, most original shows of the decade.

2. Curb Your Enthusiasm — What do you get when you make a show starring the award-winning writer of Seinfeld? Comedic genius. Larry David’s brand of hilarity was off-kilter, politically incorrect and full of enough sarcastic wit to make even his writing on Seinfeld pale in comparison.

1. The Wire — Forget that this HBO phenom featured what was probably the best writing on a television show ever. Forget that the acting was enough to make you forget “Stringer Bell” was just a character in the gritty, multi-layered drug drama. Forget the award snubs and the consequent craze when the final fifth season was released. The reason why The Wire (created by David Simon) is the best show of the decade is simple — the mixture of drama and socialpolitical commentary is unparalleled.

• Malcolm in the Middle