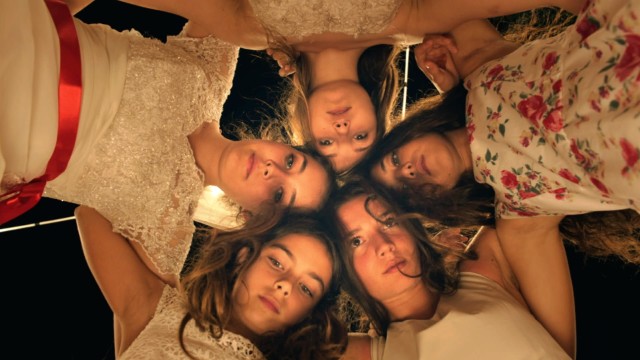 Once upon a time, there were five beautiful Turkish sisters whose parents died when they were very young. As a result, they were sent to live with their uncle and grandmother, high in the hills above the city of Istanbul. One day, a nosy neighbor spied them indecently fraternizing with schoolboys and Uncle locked them in their room and took away their TV, phones and computers.

With little else to do, the five heroines spent their days entertaining one another. They laughed, they played, they napped like a pile of kittens soaking up the sunlight. And as long as they were together, they thought, everything would be all right. And it was, until the time came for them to marry.

While not an overt fairytale, the root of the story is, and the movie is all the better for it. Even better is how well first- time writer/director Deniz Gamze Ergüven — working with co-screenwriter Alice Winocour — weaves her own brand of Renoirian rationality through the characters. These girls aren’t simply prisoners of this house and this particular patriarch, but of society and social customs. Uncle isn’t necessarily a bad guy; he is just operating the only way he knows how. He may yell and lose his temper when the girls won’t be quiet at the table, but he is not their father, and he has absolutely no idea what to do with them. Nor does Grandmother, who does her best to dress them in dowdy clothing and teach them how to cook. As far as she knows, the only role open to them is housewife, and they need to be prepped. The girls know they want something more; they just don’t know what that something is.

The only one with an idea is the youngest, Lale (Günes Sensoy), and it is through her eyes that we see the story of Mustang. Lale knows that this world is not for her, or her sisters, but she is the only one who seems to realize that freedom — if there is such a thing — lies just beyond the hills in the city of Istanbul. She’s too young to get there on her own, but someday she won’t be, and she has been preparing.

Mustang is very much a political film, one that challenges the confinement of gender roles in a conservative society, but it is also a personal one — one that tackles the adolescent experience of rebellion and the need to make rules on your own terms. Looking back, those rules never made much sense, but at the time, the feeling of getting away with something was palpable. Somehow, you found a loophole others missed and exploited it. That was and still is a liberating feeling, and when it is attached to a sexual experience — as it often is — it’s also a hell of a lot of fun.

That fun is the heart of Mustang. Life can often be a series of crushing blows that constantly steal one’s innocence and childhood away from them. But it is also a collection of joyous moments shared with those closest to you. Mustang is both.